The Top Vegan Charities That Need Your Support in 2021

We’re all guilty of forgetting that veganism is a movement. We all get sidetracked by the release of popular vegan foods, the focus on vegan fitness, and vegan recipes from time to time. However, there are many vegan charities working hard day and night to fight for the rights of animals worldwide, helping to dismantle factory farming, end animal testing, stop animal entertainment, and steering humans away from meat and dairy.

Some of these vegan charities also help to improve the lives of people, delivering food to some of the most vulnerable people in the world, assisting communities to grow plant foods, teaching people to sustainably farm and to respect all creatures in the process.

Veganism is a compassionate movement centered around making the world a better place for all. Here are the top 8 vegan charities in the world that are doing incredible service to humans and animals and who need your support now.

The Top Vegan Charities You Can Support Today

All of these charities do fantastic work to help animals, humans, and our planet. Each works tirelessly to try to make the world a better place one step at a time. 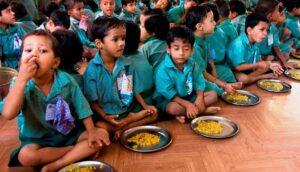 Food for Life Global (FFLG) is a vegan food relief charity that oversees more than 200 projects worldwide to help support and feed some of the world’s most vulnerable communities. They focus on providing people with healthy plant-based meals packed with nutrients to promote good health for the body, mind, and soul. FFLG serves around 2 million plant-based meals every single day to people in need in 60 countries.

Their mission is straightforward, they aim to feed the most vulnerable people on earth with healthy and delicious plant-based foods to unite and uplift communities and end food poverty.

FFL doesn’t just feed people, they teach as well, talking to communities about the moral, health and environmental benefits of a plant-based lifestyle. They discuss the importance of a healthy body, mind, and spirit for a better quality of life.

FFLG also supports animal rescue missions all across the planet, including animal sanctuaries.

FFLG was also active in pursuing the ideals of the United Nations Millennium Development Goals. This UN intuitive was designed to “free our fellow men, women, and children from the abject and dehumanizing conditions of extreme poverty,” and FFLG clearly demonstrated how it fulfilled the MDG goals.

You can support FFLG in various ways. The easiest way is to donate, which directly funds their food relief projects worldwide. However, you can also become a volunteer, start a fundraiser, join our monthly membership program, or give in-kind via Amazon.

Juliana’s Animal Sanctuary is based on Colombia and is the only hope for animals in this country. Their incredible staff works tirelessly to rescue and care for stray animals, those saved from animal agriculture, and any others that were abandoned.

Their primary mission is to teach the equality of all beings through their practical example of love and respect for all animals. However, the charity also runs strong educational programs, vegan cooking workshops, vegan food relief projects, and has a strong online advocacy.

Since the sanctuary’s inception in 2006, their team has taken in hundreds of animals, given them medical care, and cared for them. The sanctuary has gone from strength to strength, growing in size, and establishing itself as a beacon of hope for animals in Colombia.

Their sanctuary has caught the attention of vegan celebrities too, like Moby, Emily Tarver, Catherine Siachoque Varoni, and Kat Von D.

You can support Juliana’s Animal Sanctuary by donating your money, becoming a volunteer, sponsoring an animal, or becoming a JAS member.

Vegan Outreach was founded in 1993 with the sole mission to end violence towards animals. This vegan charity is actively working towards a future where animals are not exploited or seen as commodities.

Their strategy is to approach individuals who are already compassionate about animals and who can do more with their voices. By helping to encourage people to go vegan, they’re growing the movement to make their mission easier.

Vegan Outreach has an excellent track record in signing people up to veganism. In 2019, they inspired 150,000 people to sign up for their vegan challenge. In the first half of 2020, that number is already 80,000.

You can support Vegan Outreach by making a donation or volunteering your time.

The American Vegan Society (AVS) works tirelessly to promote the vegan lifestyle to all people in the USA. They do this through events, parties, vegan food, and award shows. The Vegan Society influences people to go vegan by celebrating it.

AVS is dedicated to providing people with the most accurate information surrounding the vegan lifestyle. They do this via print, media, and some of the best vegan events in the country, such as vegfests.

The best way to support AVS is to become an AVS member. You can also make a donation, or buy their books and merchandise.

The Pollination Project, or TPP, is on a serious mission to spark compassion for all life among people all over the world. TPP relies on “a global network of grantees, community partners, and volunteer advisors to identify extraordinary project leaders who, due to the grassroots nature of their work.”

The TPP approach aims to inspire people on a personal level by uplifting and empowering them to make a change. TPP works with some of the most vulnerable communities in the world to give them access to opportunities such as education.

TPP also operates shared experiences where people can learn with each other. The non-profit vegan charity makes microgrants to important projects all year round. By fostering collaboration with groups all over the world who run important projects, TPP is helping to make the world a better place one grant at a time.

You can support TPP by making a donation on their website. If your project needs funding, you can apply here.

A Well-Fed World is an incredible non-profit that supports international hunger relief and food security organizations. They’re committed to advancing plant-foods to uplift communities, improve the health of those who are vulnerable, and create a climate-friendly future.

The organization is on a mission to help all people have access to enough foods and ensuring they’re the right foods that promote health and sustainability.

“We embrace the tangible goal of 50by40 and ProVeg International to reduce the global production and consumption of animal products 50% by 2040,” says the founder, Dawn Moncrief.

A Well-Fed World is one of the best world hunger charities on the planet. You can support them by making a donation and sharing news of their projects far and wide.

Indraloka Animal Sanctuary is based in Pennsylvania, USA. It was created to provide a heaven on earth for animals that have been victims of abuse, neglect, and animal agriculture.

“We inform, inspire, and empower the community, especially children, on ways in which we can better care for ourselves and the environment while helping animals in need,” says founder, Indra Lahiri.

You can support the Indraloka Animal Sanctuary by donating, sponsoring an animal, and many other ways.

Animal Outlook is a non-profit vegan organization focused on animal advocacy, based in Washington, USA, and is one of the most effective charities around. This vegan organization uses several different strategies to challenge big corporations and governments on the status quo on animal welfare.

Animal Outlook is doing a great job of exposing the truth behind animal agriculture, animal testing, and animal entertainment. They’re helping to deliver justice for animals, revolutionizing the current food systems, and empowering more people to stand up for animals.

Animal Outlook regularly conducts investigations into factory farms to expose the mistreatment of animals and hold them accountable. It is one of the most reputable animal charities around. You can support Animal Outlook by making a donation, volunteering your time, or joining one of their events.

There are thousands of incredible vegan organizations working tirelessly to improve the lives of humans, animals, and supporting a more sustainable environment. You can’t possibly give to them all, even if you would like to.

We implore you to conduct your own research to discover which charities speak to you the most and then give generously. Join them in their events, become a member, spread their work via social media, and volunteer your time where possible.

Together, we can all make the world a brighter place for all living creatures. 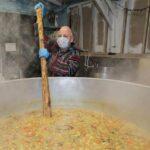