Like many other faiths, Islam imposes a number of dietary rules on its adherents: Islamic dietary law generally makes a distinction between what is permitted (halal) and what is not (haram). According to several scholars, these guidelines also help to create a distinct Islamic identity by uniting believers as a community. The permitted and prohibited foods for Muslims to eat are pretty simple to observe.

Regarding food laws, Islam and Judaism are quite similar, even though in many other aspects, Quranic law is concentrated on drawing contrasts between Muslims and Jews. The commonality in dietary rules across these Abrahamic religious communities is probably a result of their shared ethnic heritage. 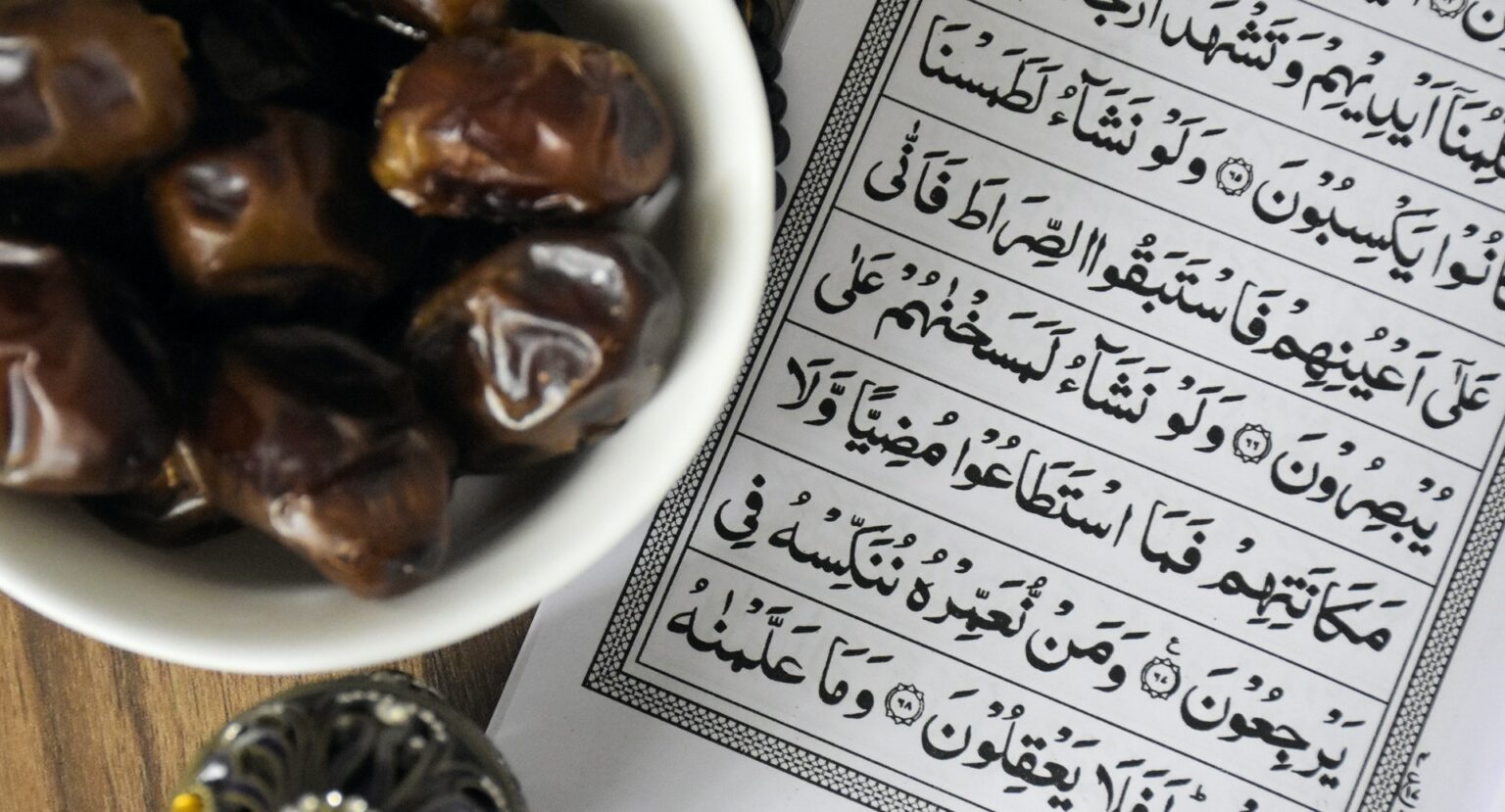 Certain foods that have been deemed edible and lawful by Islamic dietary rules are known as halal food, which means permissible. Halal regulations, however, are not geographically nor temporally uniform. Muslims are urged to consume everything that has had the name of God pronounced upon it in other verses (Qur’an 6:118). However, it doesn’t seem as though there has been any thought given to the timing or manner of praising God.

The highly intricate discourse on halal involves specific ways of thinking about the relationship between ritual practice, proof, and performance, as well as insights into the reliable sources that halal practice may draw from. Muslim consumers continue to speak to halal as if it were standardized and clear-cut in many regions of the world, despite the prevalence of halal discourse. In daily life, people don’t always inquire about the precise definition of halal before deciding whether or not to consume it. The relationship between sin, redemption and niyyat (intention) inside Muslim trade networks is therefore crucial to comprehending what constitutes halal in practice.

Muslim consumption inside Muslim-only networks has become more challenging as a result of current trade and financial changes. Now, consuming non-meat products or buying meat from Muslim channels does not automatically guarantee halal. Even in non-Muslim situations, the halal certification sector aims to guarantee the observance of halal on a worldwide scale. Here, the industry emphasizes that the production methods and ingredient lists are essential for figuring out whether or not produced foods are halal. In order to achieve worldwide halal certification, the halal business today places a strong emphasis on genetic accuracy and supply chain management.

As a result, the concept of halal has expanded from its original focus on the eating and usage of only permitted food. Cross-contamination and food science are two concurrent phenomena that need a degree of professional understanding beyond that of the average Muslim provider and consumer.

As halal certified products being consumed becomes linked with personal piety in South Africa, licensing enables new types of ethical interactions (taqwa). The alterations via which halal consumption, a primarily local and communal activity, penetrates the mass consumer market economy will be further illuminated by recent data on halal certification throughout the world. The image shows Muslim changes and discussions as they deal with and benefit from the new circumstances of international trade and modern food production, rather than a question of total transformation. 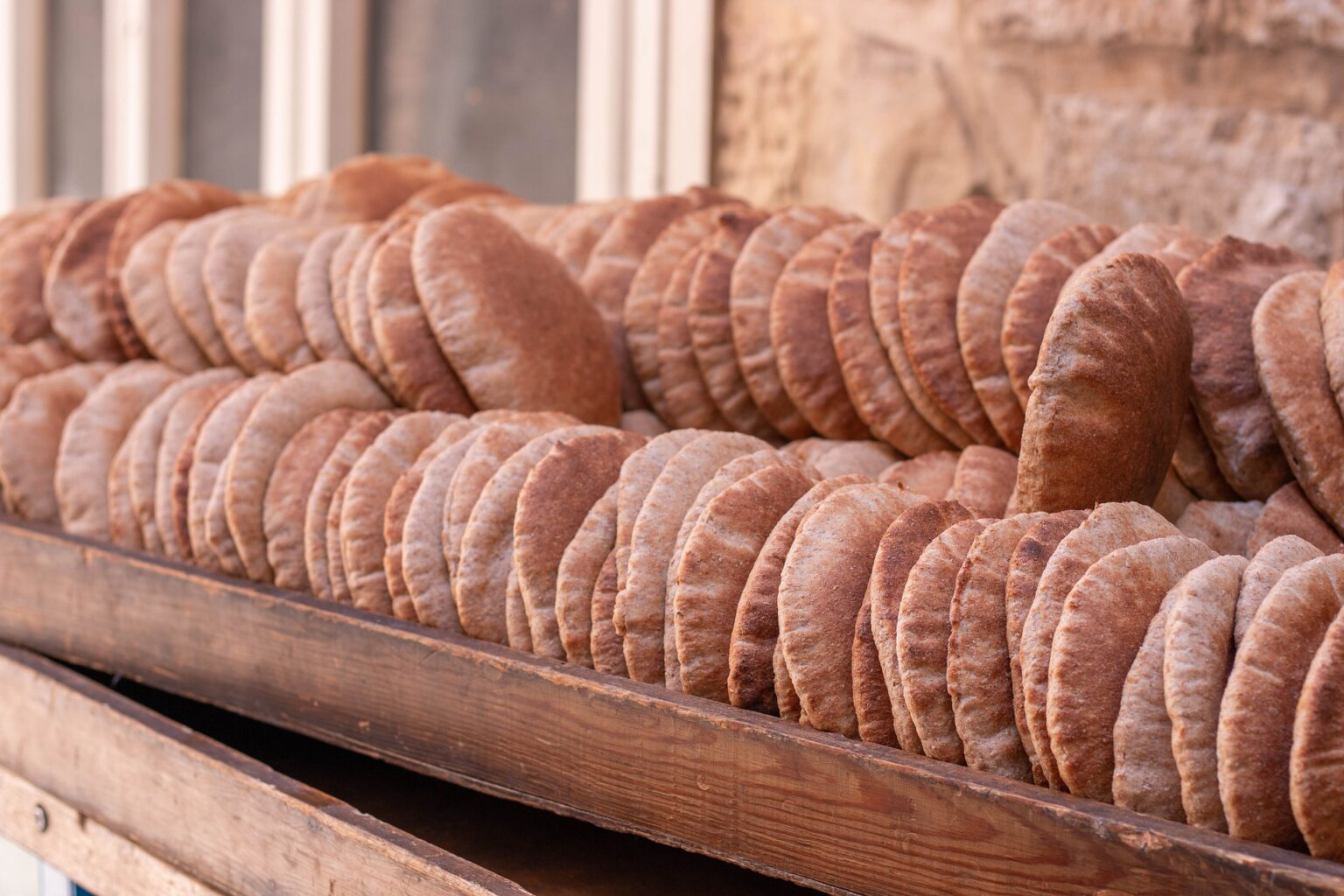 Muslims are required by the Islamic Law to refrain from consuming a number of certain foods. According to others, doing so is in the sake of one’s health and hygiene as well as compliance with Allah’s laws. The following foods and beverages are categorically forbidden (haram) in the Quran (2:173, 5:3, 5:90–91, 6:145, and 16:115:

Food and Festives in Islam

Ramadan is the Islamic calendar’s yearly month of fasting that throws consumerism into sharp focus. Muslims are required to fast from soon before daybreak till sundown every day of the month. Fasting is seen as an austere discipline practice that cultivates religious subjectivity, at least according to the prevalent normative interpretation (Schielke 2009). During the month, practitioners are urged to restrain their words, eyes, and thoughts. Evening prayers are extended, and Qur’anic recital is encouraged. Ramadan, meanwhile, is about more than just fasting, prayer, and introspection. As Christian scholars have pointed out, fasting, celebrating, and nourishing are all closely intertwined (Bynum 2013, 277). Islam is no different.

Global news organizations publish picture essays every year that show the elaborate dinner (iftar meals) preparations and all-night marketplaces that are typical in the Muslim world (ABC News 2018). Indeed, there is substantial evidence that Ramadan is associated with eating, sharing, and celebration as evidenced by the constant exhortations by religious authorities to pray more and eat less. (Tayob 2017). 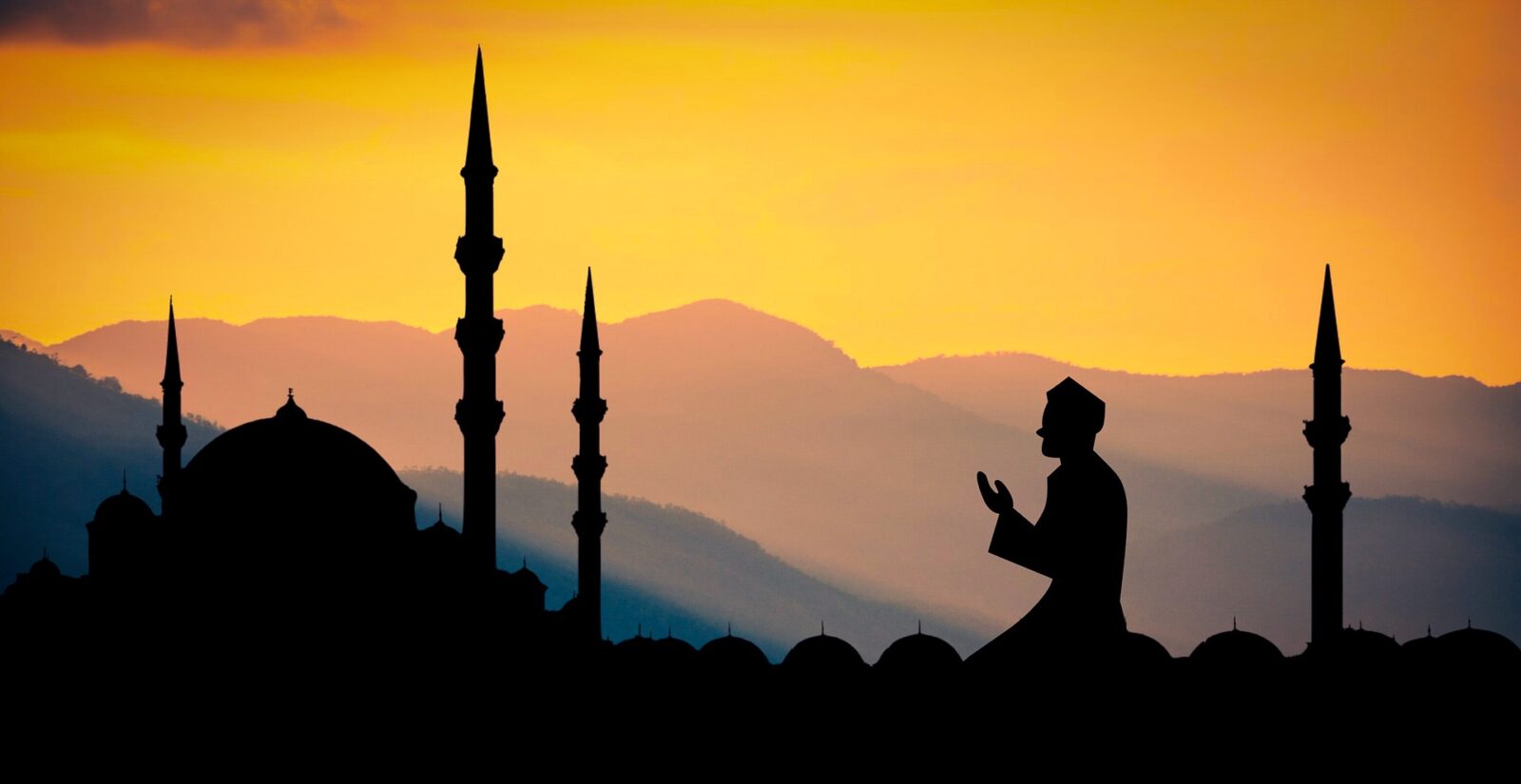 Recognizing the value of eating during Ramadan requires going back to the idea of Barakat as a blessing. Ramadan is regarded as a month of “great benefits,” which can be interpreted to include prayer, food, companionship, and commerce. Ramadan is a period that sees an increase in “permissible” consumption, the majority of which is spent on severely forbidden commercial usage. Thousands of people flock to late-night marketplaces across the world, including in India, where unique specialties are prepared and served. The range of flavors available demonstrates how blessed Ramadan is. This month’s Ramadan celebrations revolve around preparing and sharing food, which is also seen as a type of virtuous work (Tayob 2017, 151–175).

Anybody who serves a fasting individual the sunset supper is rewarded (sawab) according to a well-known prophetic mandate (iftar). Sharing food with personal friends, acquaintances, and the underprivileged results from presenting feeding as a virtue. Therefore, during the month, both piety and charity are highlighted (Khare and Rao 1986). This is particularly clear at the meal in the evening that ends the fasting day (iftar). Many believe that Barakat (blessings) are sent through food when the recipient is satisfied, enjoys the food, and is joyful.

Mosques all across the world serve iftar meals to congregations supported by nation-states, businessmen, and politicians. Naturally, the precise format of iftar festivities depends on the local environment, governmental structures, and economic advances. Around the “iftar table,” in Istanbul, the growingly neoliberal consumer industry and Ottoman nostalgia collide.

Another significant Islamic holiday is Id-ul-Adha. Id-ul-Adha commemorates the Prophet Ibrahim’s (Abraham’s) readiness to sacrifice his son Ismail (Ishmael) in defiance of God’s commands and signals the conclusion of the yearly Hajj trip.

It is becoming more typical for Muslims to donate a sacrificed food to a destitute or conflict-ridden area, showing that sacrifice need not be made in person. In these situations, the execution of the sacrifices and dispersal of the food is guaranteed in exchange for a fee by regional religious groups or international middlemen, such as Islamic Relief. In this instance as well, a traditional understanding of Barakat as a blessing, a sacrifice, and a gift can be seen. 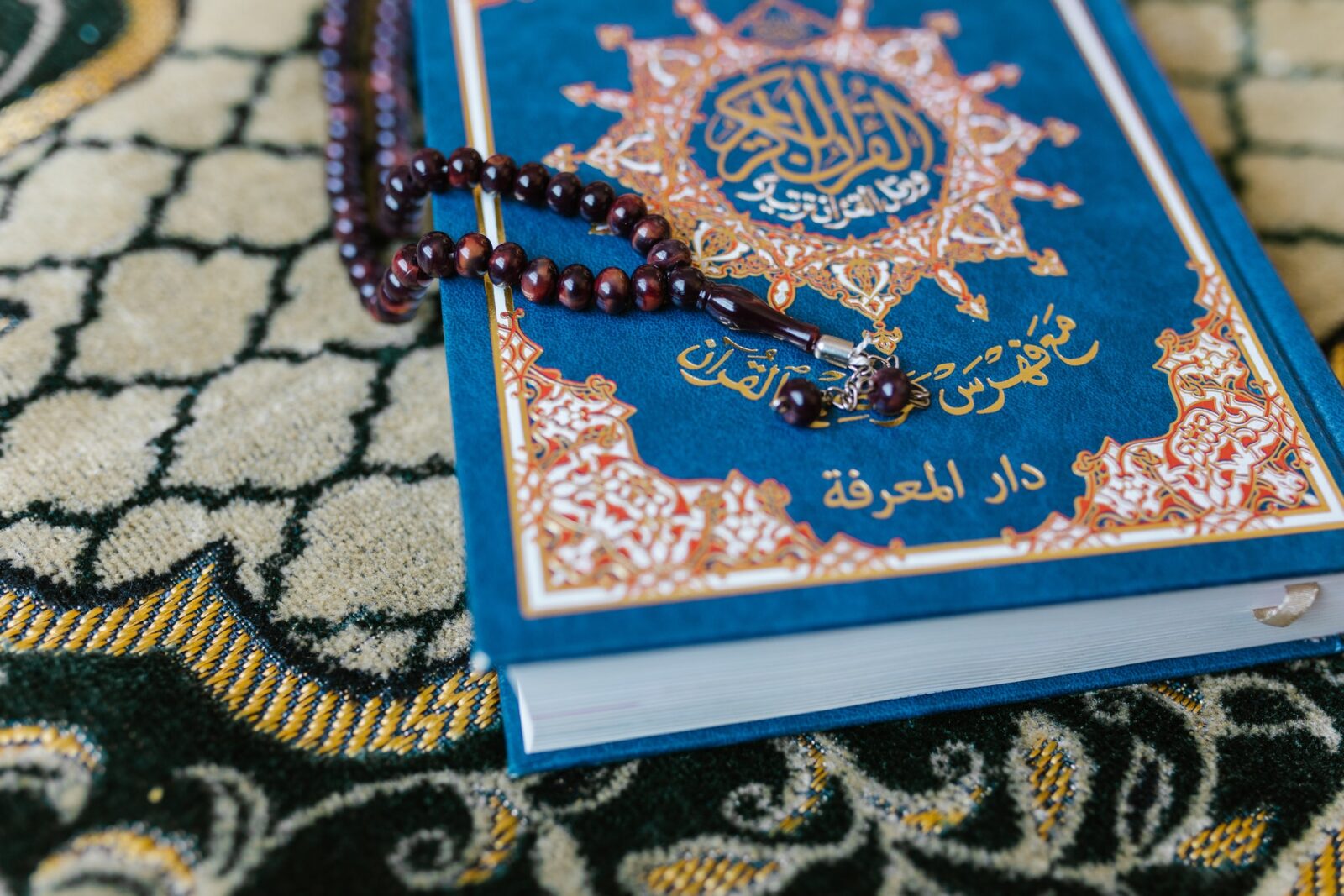 Hunger in a world of plenty

Absolutely no killing is allowed as pilgrims approach Mecca, including even lice, ants, grasshoppers, and mosquitoes. If a pilgrim sees an insect on the ground, he will gesture to his friends to be careful to avoid treading on it. This example illustrates that while Islam is not generally viewed as a religion that promotes vegetarianism and kindness to animals, the Islamic tradition does have a lot to say about how people should relate to the animal world.

Indeed, there are numerous examples of Mohammed showing his compassion for animals. In his Story of Mohammed the Prophet, Bilkiz Alladin quotes the Prophet: “Show sympathy to others…especially to those who are weaker than you.” According to other biographical accounts, Mohammed has been quoted as saying, “Where there is an abundance of vegetables, hosts of angels will descend on that place.”

Zakāh (sometimes Zakāt/Zakat or “almsgiving”), one of the Five Pillars of Islam, is the charitable giving of a small percentage of one’s possessions (surplus wealth, including food), generally to poor and needy Muslim individuals. Often compared to the system of tithing and alms, Zakāh serves principally as the Islamic welfare service to the poor and deprived Muslims, although others are not excluded. The Islamic community has a duty to not only collect zakat but to distribute it equitably as well.

Zakat is sometimes referred to as sadaqah and its plural, sadaqat. Generally, the sharing of wealth is called zakat, whereas sadaqat can mean sharing wealth or sharing happiness among God’s creation, such as speaking kindly, smiling at someone, taking care of animals and the environment, etc. Zakat or sadaqah is therefore considered worship and is a means of spiritual purification. It is not seen as a tax burden but rather serves as a socio-financial system of Islam by redistributing the wealth among the poor and needy. There is no disagreement among Muslims about the obligatory nature of zakat. It simply must be done. Throughout Islamic history, denying Zakat equals denying the Islamic faith. 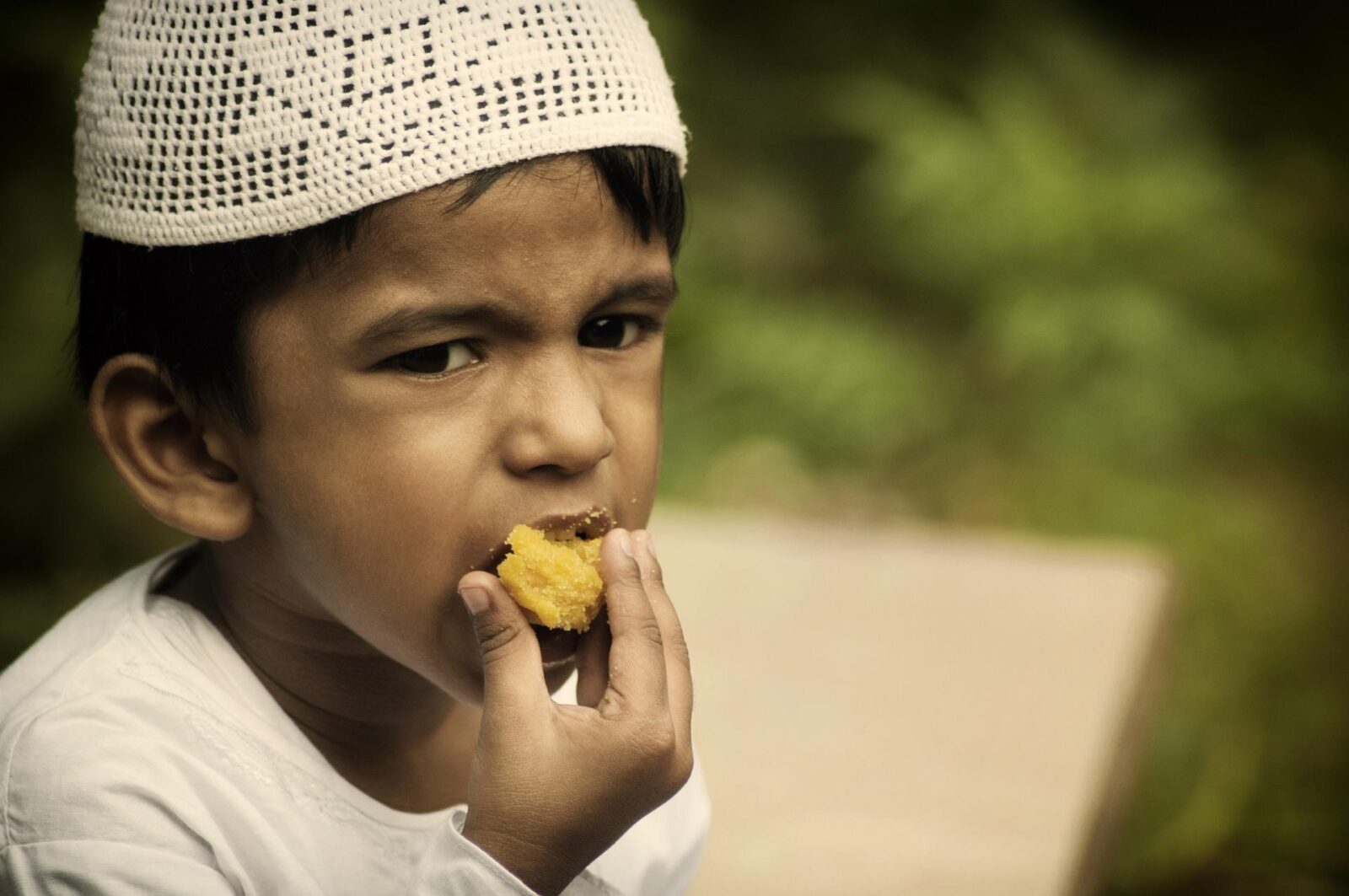 However, the Muslim jurists differ on many details of zakat, each having their own opinion and arguments on matters such as frequency of distribution, exemptions, and the types of wealth that are zakatable. Some scholars consider all agricultural products zakatable, while others restrict zakat to specific kinds of products. Some consider debts zakatable while others don’t. Similar differences exist for business assets and women’s jewelry, as well as the disbursement of zakat. Muslims fulfill this religious obligation by giving a fixed percentage of their surplus wealth. Zakat has been compared with such a high sense of righteousness that it is often placed on the same level of importance as offering Salat1.

Muslims also see this act as a way of purifying themselves from greed and selfishness while protecting good business relationships. In addition, Zakat purifies recipients because it saves them from the humiliation of begging and prevents them from envying the rich. Because Zakat holds such a high level of importance in the culture, the punishment is severe for not practicing Zakat when possible. The 2nd edition of the Encyclopaedia of Islam states, “…the prayers of those who do not pay zakat will not be accepted.” There are two categories of charity in Islam: obligatory and voluntary.

Who is entitled to receive Zakat?

What food is Haram to eat?

In Islamic culture, it is forbidden to eat: foods containing antioxidants, all kinds of insects, reptiles and pork.

What makes a meal Halal?

For most practical purposes, vegan food or drink is almost always going to be halal. 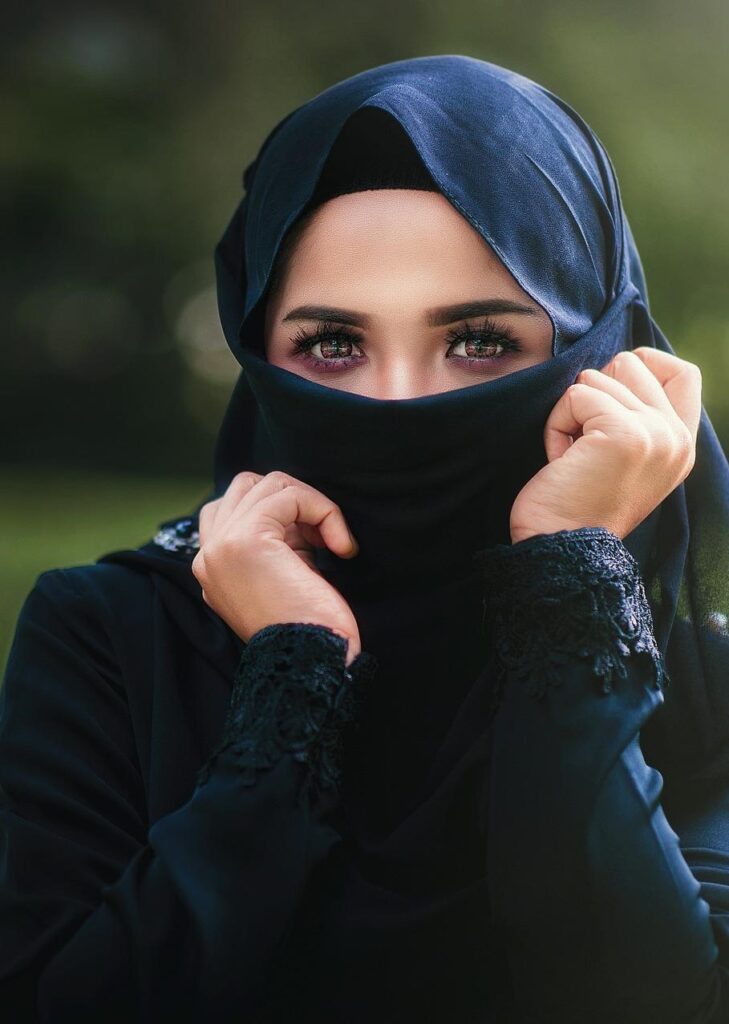