Executive director and co-founder of Food for Life Global, Paul Turner, recently had the opportunity to speak with Spencer Brenneman on Brenneman’s podcast, “Messaging on a Mission.” The podcast works “to demonstrate the ways compelling messaging helps mission-driven organizations thrive in any environment.”

Speaking from 10,000 feet above sea level at the top of the Andes mountains, Turner recounted the journey that brought him to Food for Life Global:

At just the age of 19, Turner decided to become a celibate monk, dedicating himself to the practice for the next 14 years. Meals were only eaten at certain times, mantras were chanted daily, and pillows were a luxury not needed.

As a monk, Turner participated in outreach programs that entailed feeding the needy people in Sydney, Australia, where he grew up. This was his first introduction to a humanitarian experience. “That became the direction that I took for the rest of my life,” said Turner.

At this point, in the 80s, Food for Life was a grassroots movement and had not gone global yet. “I started to realize that this was more than simply just filling bellies, and that this program had something to offer, which was more meaningful,” said Turner.

Turner decided that there was more he wanted to do with his life, and wrapped up his days as a monk. In 1993, he left Australia, migrated to the US to set up the headquarters for the charity, and began calling it Food for Life Global.

“The mission became using food as a way to unite people, to bring the world together.”

“This is where Food for Life Global realigned itself from just a regular food relief organization, to an organization that had a spiritual mission of using food as a way to unite the world,” said Turner. “And when we have this sense of unity, things like world hunger disappear overnight.”

Turner shares this important message through his book Food Yoga. Food Yoga deals with the connection living beings have with food. The energy and intention that is put into food is transferred to the consumer. “When you prepare food, if you prepare it with a loving intention, it cannot only nourish a person physically, but it can nourish their mind and spirit as well,” said Turner.

To solve the issue of inequitable distribution, the charity does more than just provide meals. “At Food for life Global, we not only feed people, but we also provide education about the benefits of a plant-based diet, living naturally, and trying to shift people towards a more long-term solution,” said Turner. He went on to say, “We realized early on that we need to educate people. We need to change the system.”

Turner has now dedicated his life to changing this system. For over 40 years, he has been growing Food for Life Global into the highly successful nonprofit that it is today.

Turner left listeners with a powerful phrase that embodies his transition from celibate monk to global charity leader: “Live your life, not someone else’s.”

Greetings to you from India in name of Jesus Christ Our Savior and lord. I like to know well and more about this food for life global service so I need your help and assistance in this service so let me know sir, I am a pastor, from India. and
thanking you again Sir. resp, Paul. R, Turner. 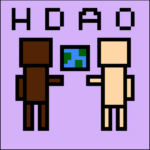 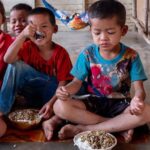