Paul Turner and Food For Life Global were recently featured in BILLIONAIRE Magazine. BILLIONAIRE is an award-winning magazine. They go the extra mile to report on important topics such as the future of technology, world health, philanthropy and humanitarian work.

Check out Food For Life Global in the articles below or by following the link: https://www.bllnr.com/philanthropy/crypto-philanthropy-aids-relief-efforts

It’s been the ultimate test for the nascent crypto giving sector; since Ukraine’s government appealed for cryptocurrency gifts, an estimated US$30m has poured into the war-torn country. The government tweeted crypto wallet codes for Bitcoin and Ethereum, while Ukraine’s vice prime minister Mykhailo Fedorov, wrote: “Stand with the people of Ukraine Now accepting cryptocurrency donations.” Local businesses and non profits have done the same.

“Blockchain allows us to scale our efforts in a way that wasn’t possible for us before,” said Nadya Tolokonnikova, a representative of Ukraine DAO, in the New York Times. “The old ways of raising money sometimes are really slow and just clumsy.”

This could be the turning point for cryptocurrency donations. Paul Turner, founder of Food for Life Global, a Delaware-based charity which was a first responder in Ukraine, has seen donations grow by more than a third, having raised US$550,000 through crypto in the last six months alone. 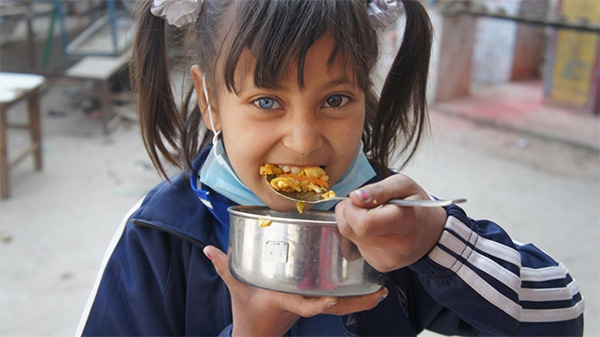 A Food For Life Global beneficiary

“You would be crazy not to open up your charity to crypto giving,” he says.

Food for Life Global is the world’s largest food-relief organisation, having served over seven-billion vegan meals to the hungry. With Indian roots, it has provided disaster relief during the Siege of Sarajevo, the Chechen wars, the 2004 tsunami, Hurricane Katrina and the 2005 Pakistan earthquake, and now Ukraine. It liquidates most donations immediately into dollars to use for feeding programmes, he adds, but keeps some in the market with an eye on future growth of the cryptocurrency.

Crypto donations to Food for Life Global are made through The Giving Block. “Crypto giving will be absolutely transformational for the future of giving,” adds Turner. “It is more efficient and faster than traditional means, and it puts the power back in the hands of people and removes the middle-man.”

Blockchain technology, he points out, allows funds donated to charities to be tracked, creating a higher level of trust and accountability for non-profits that can show their funds have been effectively used; making blockchain, in theory, transformational for the giving sector. 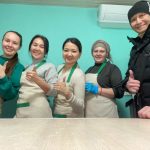 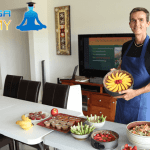