Food for Life in Vrindavan 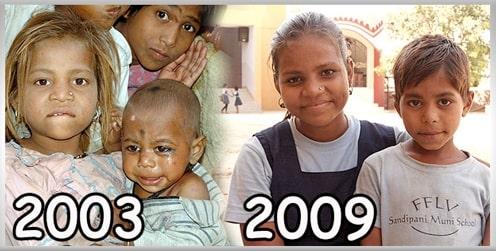 India has the largest number of poor children in Asia, with 80% of its 400 million youth severely deprived. In India, 60% of all children are classed as absolutely poor. Almost half of all children under the age of 5 are malnourished. Even as India continues to record impressive growth rates, poverty remains widespread and disparities deeply entrenched. The country is ranked 119th as per the 2010 Global Human Development Report, and according to the new poverty estimates, 37.2% of the national population and 41.8% of the rural population lives below the poverty line, states a report from the United Nations Development Programme for India.

India’s Poverty Profile: At a Glance

One non-governmental organisation is striving to do something about this disparity. Since 1990, Food for Life Vrindavan (an affiliate of Food for Life Global) has served over 5 million healthy vegetarian meals to the poorest children in India, along with a variety of other services including, free medical care from their own hospital, social development, vocational training, adult education, social entrepreneurship, women empowerment, legal assistance, martial arts, classical dance training for girls, tree planting, water well creation, and full educational services up to year 12 for over 1500 children at their four Sandipani Muni schools for the poor.

We need your support 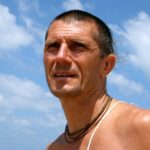