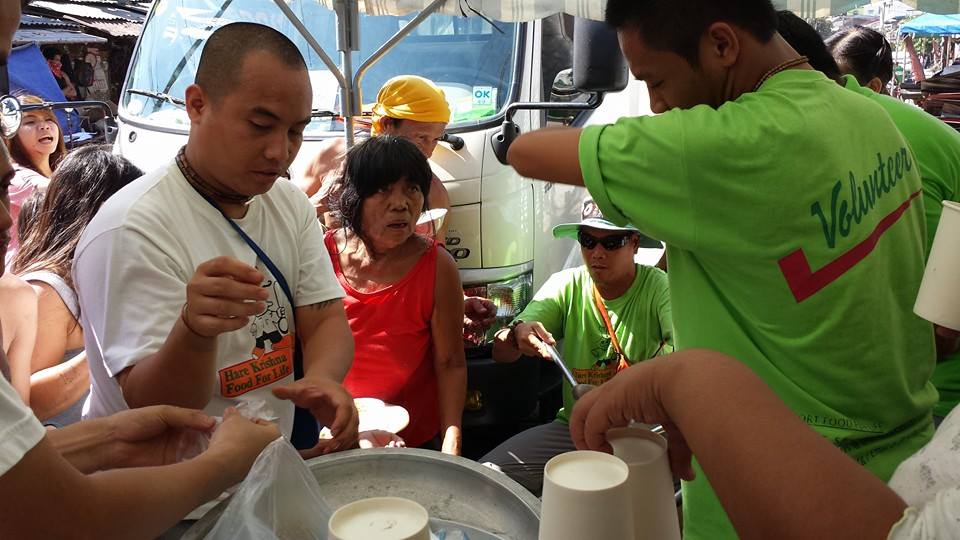 The humanitarian situation in the areas devastated by Typhoon Haiyan (Yolanda) is catastrophic. Almost 13 million people in the Philippines are affected, including some five million children. 1.9 million men, women and children have been displaced, many desperate for food, safe drinking water, basic shelter and sanitation. Many people have lost everything: their loved ones; their homes; their communities.

A disaster of this magnitude requires a massive response. The scale and scope of this tragedy has shocked everyone. Despite the evacuation of people before the typhoon hit and the presence of humanitarian teams on the ground, nobody anticipated the ferocity of the typhoon and the storm surge.

Over the next 5 months Food for Life Manila volunteers would provide tens of thousands of freshly cooked vegan meals.

Report #3: Report from the front line — helping the victims of Typhoon Haiyan

Report #6: No rest for FFL volunteers