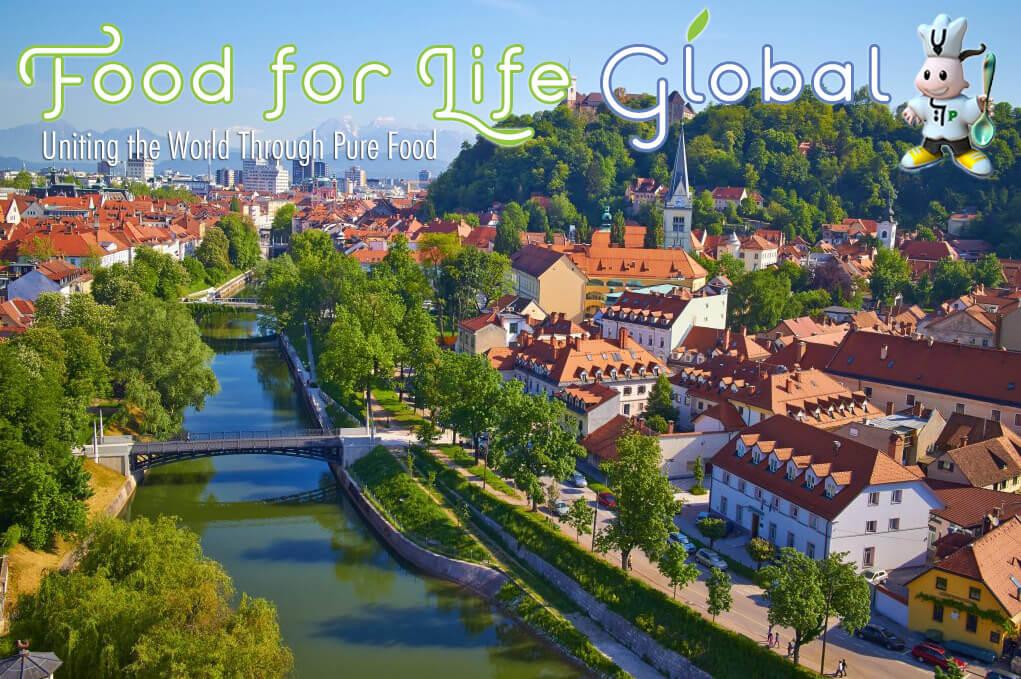 Food for Life Global has officially moved its headquarters to the green city capital of Ljubljana, Slovenia and this is the story behind the move.

Food for Life Global was established in the United States as a registered non-profit in the state of Maryland in 1995. The charity’s initial objective was to simply serve as a communications office for Food for Life projects around the world and to provide training and guidance. “Back then, Food for Life was a small player in the world of food relief,” explained Paul Rodney Turner, director of the organization. “We had some projects in India, USA, the Philippines, Australia, New Zealand and most Western European countries, but Eastern Europe was just getting started. The programs were all rather small, and I think our capacity back then was around 60,000 meals a day.”

Today the network of affiliates expands the globe and now includes projects all over Asia, the former soviet union and many parts of Africa and South and Central America. “We are pretty much everywhere these days, although some projects are very small in comparison to our larger and more sophisticated projects in India, where it all started,” he said.

Other projects around the world serve many hundreds of thousands of meals daily, substantiating Food for Life Global’s claims that the international network serves around 2 million meals daily!

Why the Move the HQ to Europe?

Poljansek, along with Francesco Maurelli of the European Vegetarian Union (EVU), Martin Gurvich from the Hindu Forum of Europe(HFE) and Tamara Komissarova of The Open Dialogue Foundation has also been successful in building relationships with European leaders and forming partnerships with other NGO’s. For example, Food for Life Global now has representatives at Sustainable Food Systems Group of European Parliament and is working closely with NGOs in Europe on humanitarian aid, emergency relief, and the zero waste policy that was recently adopted by France.” 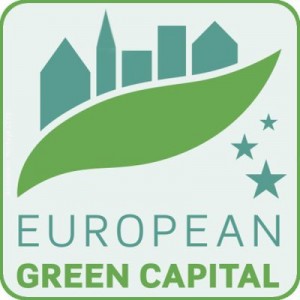 “With Ljubljana’s already great reputation as a progressive European city and being awarded the Green City capital for 2016, it was a natural fit for FFLG to find a new home in this country,” explained Turner.

“Food for Life Global is committed to doing what we do best while leaving the smallest environmental footprint. Our plant-based meals alone are a positive way forward, as even the United Nations has urged a global move to a meat and dairy-free diet.”

Food for Life Global’s mission, “to create peace and prosperity in the world through the liberal distribution of plant-based meals prepared with loving intention,” will remain the same. “We aim to unite the world through pure food and once and for all solve world hunger and other social issues by addressing their root cause — spiritual inequality,” explained Turner.

Our focus for the next few years will be to build up our financial capacity to really help expand Food for Life projects around the world, with a special focus on our affiliates in India, where The World Bank estimates is one of the highest-ranking countries in the world for the number of children suffering from malnutrition. The prevalence of underweight children in India is among the highest in the world and is nearly double that of Sub-Saharan Africa with dire consequences for mobility, mortality, productivity and economic growth.

The new headquarters is officially registered as a non-profit in Slovenia as Food for Life Global or Humanitarian društvo FFL Global at Usnjarska cesta 9, 1241 Kamnik with registration number 4077911000 (matična številka) and a tax id: N. 28209397 (davčna številka).

US citizens can continue to get a tax-deduction via our US partner A Well-Fed World, by making checks payable to A Well-Fed World
A registered 501C-3 Corporation in the USA. Federal Tax ID #27-0865905
Mark on check: To Benefit Food for Life Global
Mail to 815 Otis Place NW,
Washington DC 20010
USA

In 2017, the headquarters of Food For Life Global was again relocated back to the United States in the state of Delaware, where it continues to serve as the headquarters for international operations 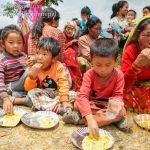 Prev post Cooking on the spot to serve people in Nepal
Next post Mr. Jackson – We can feed a child for less than 50 cents