The goal of World Vegan Day, which is observed annually on November 1st, is to raise awareness of the advantages of living an animal-friendly lifestyle.

When vegan animal rights activist Louise Wallis was seeking for a venue to honor the Vegan Society’s 50th anniversary, she found the idea for World Vegan Day in England in 1994. In her role as President of the Vegan Society, she sought to highlight not just the continuous existence of a vegan organisation but also the fact that the word “vegan” had entered the English language.

Wallis choose November 1 because it falls precisely between Halloween on October 31 and the Mexican Day of the Dead on November 2. Since its inception on November 1, 1994, World Vegan Day has given vegans everywhere a reason to rejoice and spread the word about veganism’s many advantages.

We at Food For Life work to spread the word about the benefits of giving purer food to those in need. We’ve gone a long way and received a lot of help.

We believe in promoting the idea of equality among all life, along with expanding the quantity of meals supplied and continually enhancing our distribution techniques.

Based on the principle of equality for all beings, our purpose has been broadened to encompass all animals, and we now assist numerous animal sanctuaries all over the world.

Even though the number of undernourished individuals worldwide has decreased from 15% in 2000–2004 to 8.9% in 2019, that still equates to a startling 690 million people. Although there are many groups battling world hunger, few focus on its underlying causes.

Being a vegan non-profit organiztion our mission is “Create peace and prosperity in the world via generous distribution of pure plant-based meals prepared with loving intention,”

We have remained faithful to our objective, and together with our affiliates, we have given out more meals than any other organization in the world to date, more than 8 billion.

if you want to join us and make a measurable social impact. You can be guaranteed that you have forever changed someone’s life by sponsoring a child or a rescued animal.

Donate now and help us as we fight against world hunger with plant based meals.

Additionally, we make it simple to donate cryptocurrency or other online services like PayPal, eBay, and Amazon Smile. 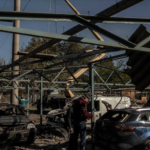 Prev post Crisis in Ukraine : Urgent food relief for the people of Ukraine
Next post The best season for giving: The bag season, One Million in match donations 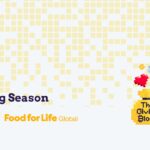