Crisis in Ukraine : Urgent food relief for the people of Ukraine

Mariupol is one of the biggest сities in East Ukraine. There used to be more than 500,000 people before the war broke out. However, now the сity is mostly destroyed. But those that could not leave remain to survive day by day.

The city has no gas, electric power, or water. Many people are living in the basement of buildings. They have to cook with firewood. As Winter approaches, it is very important to provide them with a hot meal.

Today’s series of missile and drone strikes across the nation targeted vital infrastructure and claimed the lives of at least eight people, as Russia stepped up its efforts to demonstrate that no area of Ukraine should be deemed “safe.” Drone strikes on residential structures in Kyiv that are being called “kamikaze” have claimed at least four lives.

Ukrainian authorities reported outages in nearly 600 towns and villages, and Energy Minister Herman Halushchenko said that shelling had once again disrupted the power supply to the Zaporizhzhia nuclear plant, forcing it to switch to emergency diesel generators. The Russian Ministry of Defense claimed that it had specifically targeted Ukraine’s “energy system facilities.”

The Kherson region in the south and the area around Bakhmut in the east continue to be the front lines where combat is still the most intense. Russian officials announced that they will help with the evacuation of people after Ukrainian victories in Kherson.

The Ministry of Defense (MoD) of the United Kingdom determined that Russian forces had probably made progress in Bakhmut, however it is unknown how far they had come. Russian assertions that they have increased authority over Bakhmut have been refuted by Ukrainian military officials.

The majority of western nations, including the United States, have put severe economic restrictions on Russia as retaliation for its invasion of Ukraine in the hopes that doing so may cause the war to wane or come to a stop. However, as the conflict continues, Ukrainians will suffer terrible repercussions.

Numerous vulnerable persons in the nation are housed in dwellings that are in poor condition or in structures that are not weatherproof. Refugees living outside of Ukraine are enduring their first winter away from home; many have left behind their family, social networks, and winter necessities.

The lives and homes of Ukrainians are being destroyed right in front of our eyes, and many of us are watching from a distance and wondering what we can do to assist.

Food for Life Global is on the ground supplying winter essentials, urgent financial aid for the most in need, and assisting in strengthening homes and shelters to withstand the harsh cold.

Your assistance can make sure that displaced Ukrainian families are warm and safe.

The time to offer assistance is now as the combat intensifies.

War is ugly; it is dirty, exhausting, discouraging, and violent. Please join our team on the ground to at least put a smile on some people’s faces. FFL is their only hope.

Paul Rodney Turner needs your support for urgent food relief for the people of Ukraine. Please join me in raising money to support this project. Your donations will go via FOOD FOR LIFE GLOBAL – and any donation will help make an impact. 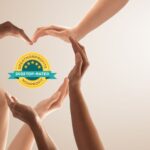 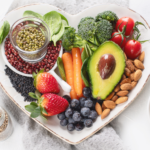