It is with great sadness that we report the passing of one of the leading figures of Food for Life in South Africa, Laxminath das (70), a celibate monk and cook for the charity since 1987. Laxminath was born in Durban in 1951 and yet even at the advanced age of 70, he continued cooking, serving, and traveling the world to assist with Food for Life Projects.

I first met Laxminath during Food for Life Global’s response to the great Asian Tsunami of 2004 that took the lives of over 250,000 people. Laxminath was one of 50 volunteers that traveled to the island of Sri Lanka to set up kitchens in the villages to provide hot meals daily to those who lost their homes. He was one of the head chefs and remained in Sri Lanka for 2 months.

However, Laxminath had a long history of unconditional service, sometimes putting his own health and life at risk to serve the hungry. He also joined me in 2011 to set up a food relief kitchen, in the aftermath of the massive earthquake that flattened Port Au Prince in Haiti in 2010. No risk was too big for this man. I later learned that one time he carried food on his back and waded through landmines in Mozambique to help villagers affected by floods.

Every year without fail, Laxmnitha would fly to Poland and spend three months volunteering with the Festival of India tour helping to cook & serve hot meals to the festival goers.

In fact, there was not a day that Laxminath did not cook and serve people in need. If he was not traveling to assist in a humanitarian crisis, he was feeding people in need in the rural towns of South Africa.

In 2012, he opened a Food for Life kitchen in Knoxville, Tennessee, after which he returned to South Africa.

In 2020, with the covid lockdowns, he was not able to travel but as soon as restrictions were lifted in 2022, he planned to join other Food for Life volunteers to feed refugees from the war in Ukraine. However, in May he underwent a stent procedure and unfortunately did not survive the surgery.

Laxminath was a symbol of humility and unconditional service who will be sadly missed but never forgotten. He is one of the heroes of the Food for Life project, a leader among men, and an inspiration to tens of thousands in his native country and around the world. 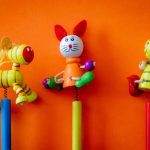 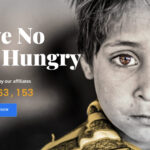