How to Help Ukraine Refugees 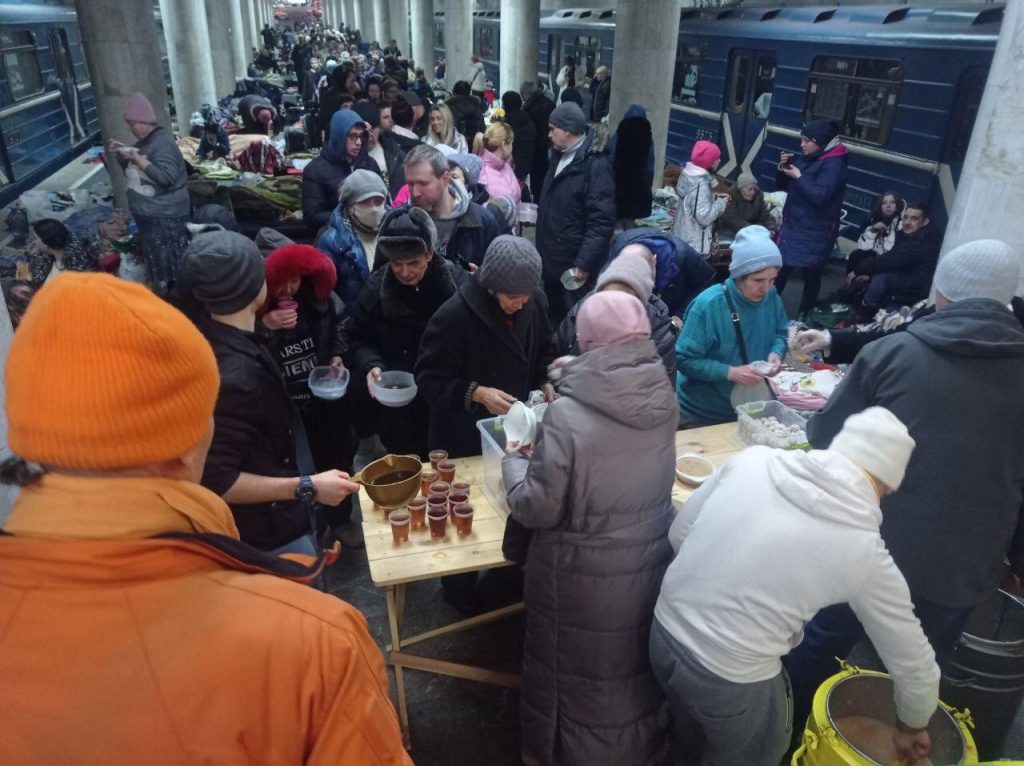 Food For Life Global is actively helping refugees displaced by the Ukraine Crisis. Refugees are provided hot meals as well as resources and shelter. FFLG has responded to refugee crises in the past, and we strive to help those impacted in any way that we can.

The European Union (EU) estimates that up to 4 million people may try to leave Ukraine because of the Russian invasion. The bloc has relaxed its rules on refugees and says its member states will welcome the refugees with “open arms”.

The UN estimates there are now at least 3.6 million people in Ukraine who have fled the war and are displaced within their own country.

The EU believes that figure could climb to 7 million and that 18 million Ukrainians will be affected by the war.

“Even though these are very rough estimates,” said European Commissioner for Humanitarian Aid and Crisis Management, Janez Lenarcic. “The figures are huge, and we have to prepare for this kind of emergency, which is of historical proportions.”

Which countries are Ukraine’s refugees fleeing to?

Due to the invasion of Ukraine, refugees are crossing the borders to neighboring countries to the west, such as Poland, Romania, Slovakia, Hungary, and Moldova.

On Monday, the UN said that over 3 million Ukrainians had entered these countries.

Poland has so far taken in over 2 million refugees, according to the UN. The Polish government says a further 250,000 are arriving every day. More than 20,000 meals have been distributed so far at the Polish bolder.

2Refugees are being told they do not need documents to get into neighbouring countries, but should preferably have their internal or foreign travel passports, birth certificates of children travelling with them and medical documentation.

To get refugee status, they need to be Ukrainian citizens or people legally living in Ukraine, such as foreign students.

Refugee Response in Other Countries

In Poland and the other countries bordering Ukraine, refugees can stay in reception centers if they do not have friends or relatives to stay with. They are given food and medical care.

Hungary and Romania are giving out cash allowances for food and clothing. Children are being given places in local schools.

Countries used to have time limits on how long refugees could spend in reception centres, but most are saying they are likely to waive them and that Ukrainians can stay as long as they need to.

The Czech Republic has activated its Migration Wave Preparedness Plan. This will help refugees apply for a special type of visa through a simplified procedure in order to remain, if needed. 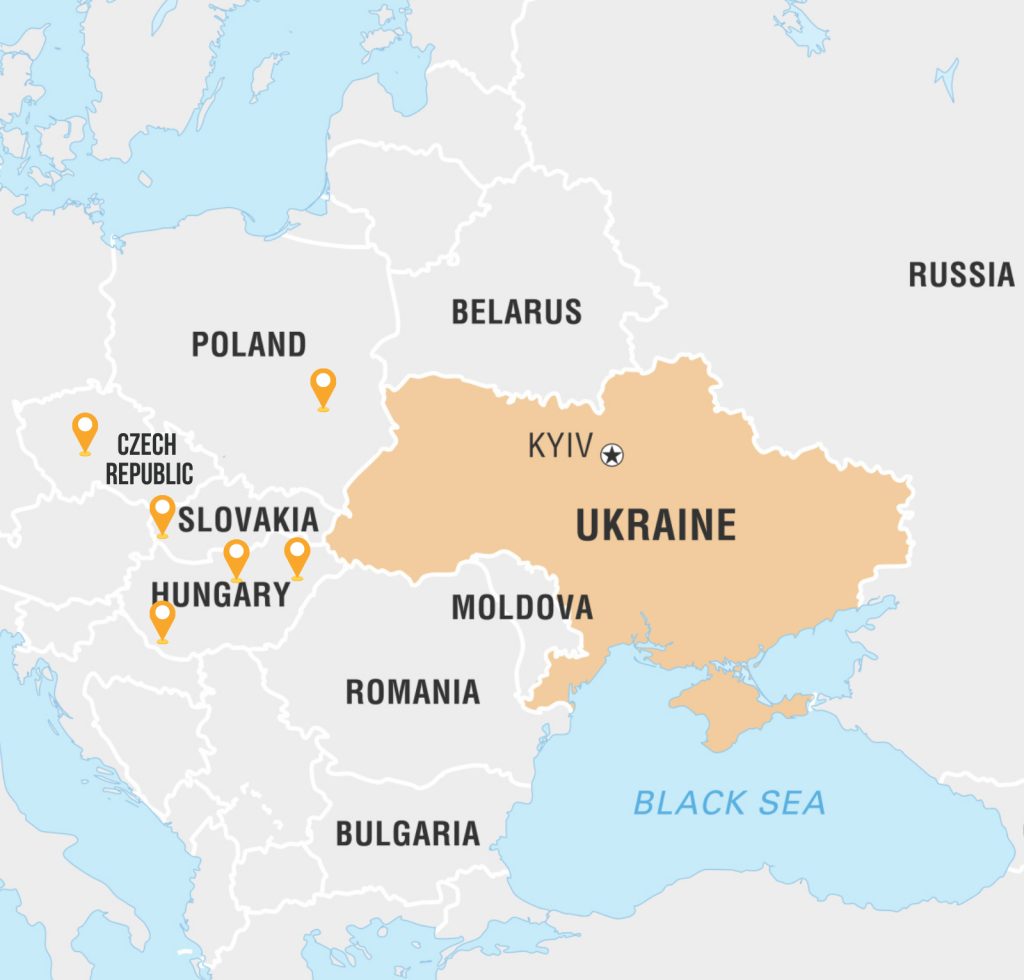 Food for Life Global has projects in many of the countries surrounding Ukraine so we are gathering resources and organizing teams to respond to this humanitarian crisis.

We currently have teams responding in Kharkov, the UK, and we are setting up a team in Poland to help with the refugees.

We are also working with our affiliate “Wings to Learn – Luis De La Calle Foundation” which is a member organization of the UN NGO Working Group on Human Rights Education and Learning in Geneva, Switzerland.

Founded by Dr. Luis De La Calle, “Wings to Learn – Luis De La Calle Foundation” was established in USA to build a society where every person can easily realize their basic human rights for health, well-being, and equity so that they can fulfill their potential and achieve their goals.

The foundation will be working closely with the situation happening in Ukraine, and assisting in any way possible. For more information, check out their website: https://www.luisdelacallefoundation.org 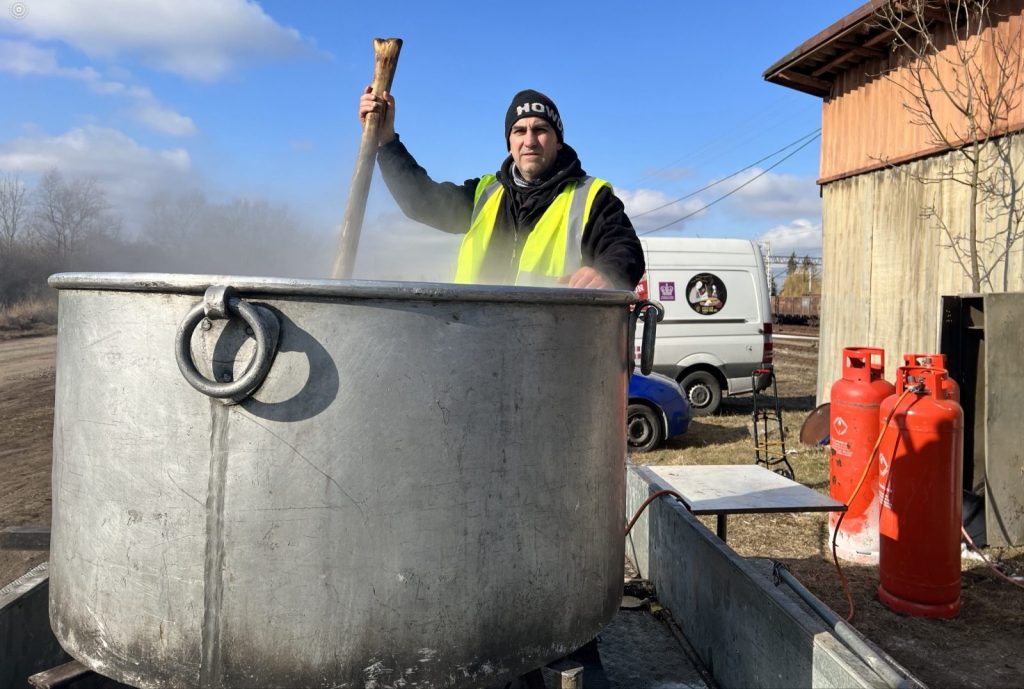 We also currently have three affiliates inside Ukraine who have been helping refugees by providing emergency relief and by providing food to those affected. These affiliates are located in Kiev, Donetsk and Kharkov, but they are finding it difficult to assist the Ukrainian refugees with the ongoing Russian attacks.

As of March 6th, our affiliate Food For All, based in the UK are traveling to Ukraine and Poland to help distribute vegan food and resources to Ukraine refugees.

They are driving a big van with an attached trailer containing large field pots, gas bottles and lots of ingredients for cooking like rice and lentils.  They are also taking blankets, PPE and other essentials. They have already linked with the Polish charities in order to corporate together to feed the refugees as thousands of them are fleeing the war in their country.

The original plan was to go towards Lviv and set up a kitchen on Ukrainian side of the border where people are queuing for days to cross over and food is very limited.  It is very hard to predict what the situation will be like when they actually get there , whether crossing to Ukraine will be even possible at that point . Things change daily and that dream team is prepared to do what’s needed.

A spokesperson from Food for All said: “The team is leaving Sunday morning, traveling towards a big unknown, uncertainty and most likely danger. I hope you keep them in your thoughts and prayers and feel proud that team from Watford is there, trying their very best to help all those innocent people, mostly women and children, caught up in unjust conflict that shocked the world last week and dramatically uprooted their lives.” 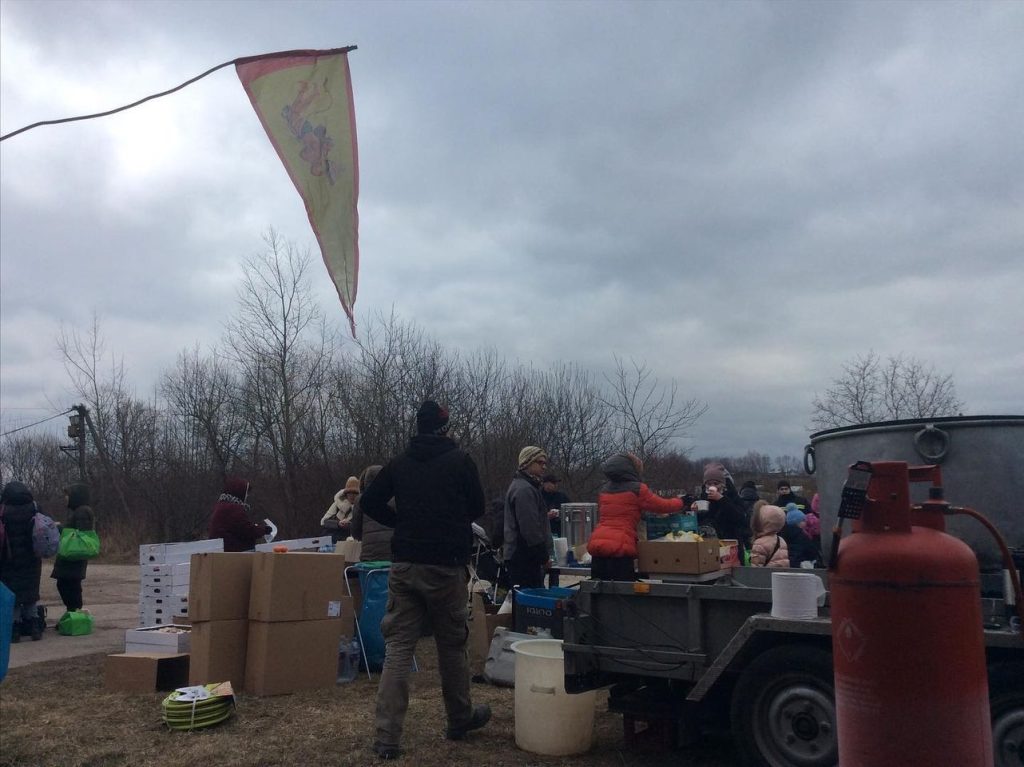 As of March 9th, the team made it to Poland and have described the conditions as very disturbing:

“The extreme weather, the snow blowing in your face, the bleak winter countryside, and now I am writing this account in the cold dark night, on a wasteland, waiting with hundreds of refugees for the last two trains to arrive.

The Mayor of Medyka had immediately welcomed us on arrival and had arranged a perfect field kitchen location, a small shed, access to running water and electricity.
Polish soldiers were very helpful to the refugees and engaged in distributing the plant based meals offered by our staff.

We are fortunate to have a team of very experienced staff and hard working volunteers ready to take on the austerity of the rough conditions, and the risky environment. We are also fortunate to have kind donors to sponsor the meals.

The people fleeing were in anxiety to get on the train, so the best way to distribute food was first to help them climb on to the train, there was no station platform. Then we would enter the train carriages with trays of meals in takeaway containers. They were very appreciative of our efforts.

Other organisations started to approach us for hot meals, so we are now doing a delivery service, dropping of the big food thermal boxes and picking up the empty ones. 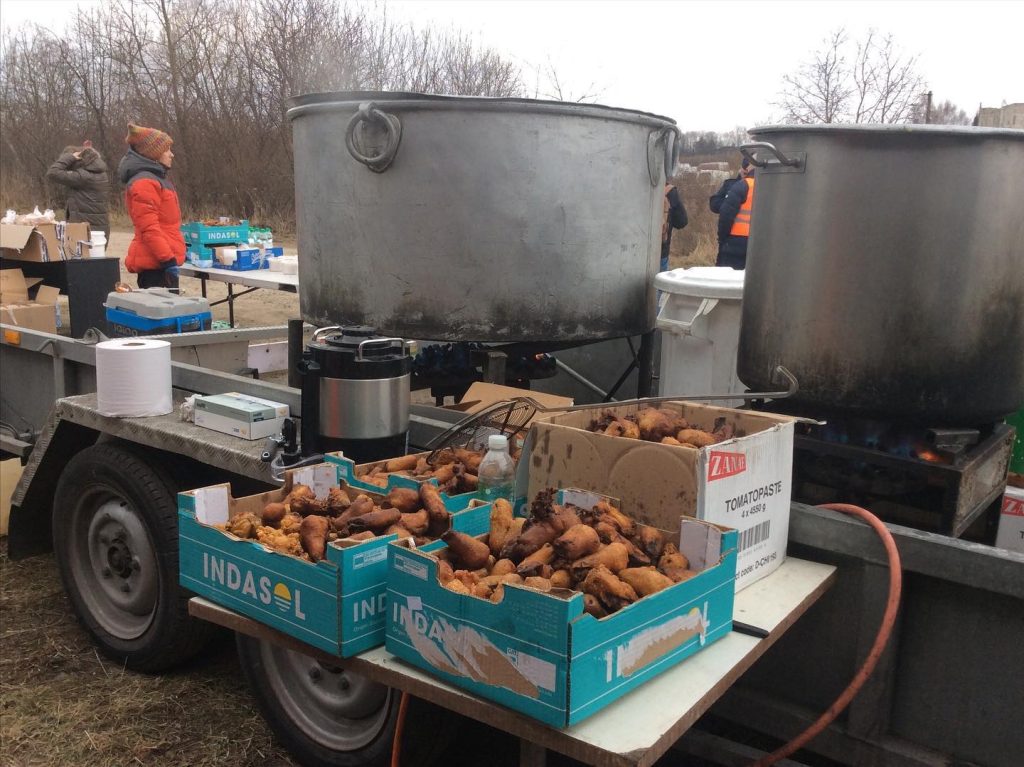 Our goal to help Ukraine is to set up more projects in the surrounding countries in order to assist with the large number of refugees trying to escape. We will provide them with whatever they need, whether that be a hot meal, a place to stay, resources, medical supplies, or even a smile. We are determined to aid the innocent people who have been displaced due to this political conflict.

How You Can Help

We need your help to aid those impacted by the crisis. In order to provide one meal to refugee, we are asking for a donation of $1. Any sum, whether big or small, helps. Please consider donating using the form below and share the link with friends, family, and on social media.

From everyone here at Food For Life Global and our affiliates around the world, we say thank you for your support during this humanitarian crisis. 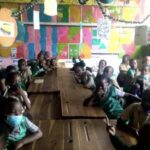 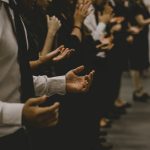