In 1863, Ludwig Andreas Feuerbach (a German philosopher) wrote “Man is what he eats”. He was stating that the food one eats has a bearing on one’s state of mind and health. Food for Life Global affiliate, Krishna Temple Food Relief Foundation agrees. The humanitarian project based in India, is founded on the belief that the intake of food not only grants a person material survival, but also offers a chance to enrich their spirit. 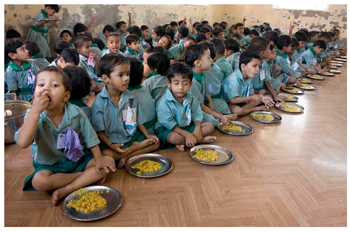 Preparing and serving food to others has always been an inherent part of the Indian culture. In the village life of ancient India, the householders saw themselves as food providers for all living beings, including animals. Not even a rat or a snake would go without food during the pinnacle of Vedic civilization in India. The Vedas declare that those who are cooking for themselves are simply eating sin, and therefore, it was critical for the householder to be hospitable and unselfish.

The roots of Krishna Temple Food Relief date back to 1974, when the Vedic scholar and guru, Srila Prabhupada told his students, “No one within a ten mile radius of our temples should go hungry”. When the Government of India launched a strategic program in 1994 called the Midday Meal Scheme to fight two of the most pressing problems of India – hunger and illiteracy, IFRF saw a great opportunity for providing children with the right nutrition to support their education. The Midday Meal Project is being implemented by IFRF under the name of ‘annamrita’ meaning food as pure as nectar.

“The first thing that comes to mind, when you think of nutritious food, is what a mother serves her child, and that’s what annamrita stands for. We strive to serve food to children, with the same love and devotion that otherwise their mother would have provided. Imbued with a spiritual ambience in our hi-tech kitchens, the khichdi (rice, dhal stew) satisfies and nourishes not just on the physical level but also on a spiritual level. For a meal to be truly satiating, it just nourish the body, mind and soul. At annamrita, we provide over 1 million children a freshly cooked lunch which not only feeds their stomach, but also nourishes their soul with a zeal to achieve their full potential.”

According to the World Food Program, nearly 50% of the world’s hungry live in India. Around 35% of India’s population are considered food-insecure, consuming less than 80% of minimum energy requirements. A majority of the population in India is still unable to get at least one complete square meal a day, being stuck in a vicious circle of poverty and illiteracy. 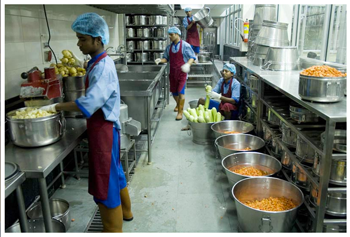 Annamrita is resolved to liberating these underprivileged from a vicious cycle by providing the poorest children in India with sanctified and nutritious meals. “We aim to provide the children with the purest of food in their most formative years,” says Das. Annamrita aims to reach 1.3 million children per day by 2013, believing that its continued growth is offering a model of replication to other developmental organizations and State Governments across India. To many, Annamrita is their only full meal. However, the greatest contribution Annamrita has made to India has been the dramatic increase in enrolment at schools, retained attendance levels; reduced dropout rates and the increased attention-spans of the students.

To learn more and support this amazing project, visit, ANNAMRITA.ORG

We need your support 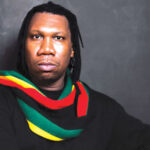