With the UK now about to go into its fourth week of lockdown, people who would be struggling from one week to the next during normal times are now running out of money. Many are also sick or completely isolated in their homes without any family members. In this environment, more and more community groups are calling for free meals to help those in need.

Enter charity Food For All, which has now increased its daily distribution from 2,200 vegan meals to 4,100 a day. Six hundred of these go out from the Gokula Café in Watford to nearby towns and cities.

The rest is distributed by Food For All’s main kitchen in Holborn, London which has turned its entire car park into a giant factory for mass-producing containers of food.

“We have the capacity to make 20,000 meals,” says Director CIVIL NAME. “And we expect to gradually reach that number. Every day, community groups and councils are phoning me up, giving me lists of hungry people.”

The massive operation starts at 4:30 am every morning when kitchen manager Sofia turns on the gas hobs, and CIVIL NAME goes out to pick up fresh food from various markets.

“We have stocked up on fifteen tonnes of dahl and tonnes of rice,” CIVIL NAME says. “And every day, food companies and closed-down restaurants are donating vegetables and huge pallets of ingredients like tofu and canned tomatoes.”

About forty volunteers arrive at 6 in the morning, including young activists, and out-of-work chefs, to make the meals of rice, subji and pakoras.

The volunteers have already “peeled and chopped 200 kilos of potatoes and 100 kilos of carrots the night before and they get added in first,” Sofia said in an interview with the Evening Standard.

They cook in several large pots including one CIVIL NAME bought in a factory in Agra next to the Taj Mahal, which he calls “the biggest in the western world.” “You can put five of us in it and sail down the Thames,” he told the Evening Standard.

By 9am it is ready to serve out, and the piping hot meal is divided into thousands of Tupperware-size portions and shipped out in six vans.

Food For All is part of a citywide humanitarian effort to help vulnerable Londoners that includes many other charities. These all transport their free food to the more than 40 food distribution hubs that have been established in 31 London boroughs.

The hubs include the now empty Tottenham Hotspur football Stadium in Haringey, entertainment venue Alexandra Palace, and the Sobell Leisure Centre in Islington.

Other charities like Age UK, who deliver to elderly people, as well as representatives from various communities, then come to pick up the meals and other food like bread, fruits, dry goods, and canned items, and deliver it to people in need.

“Our own volunteers also deliver meals,” says CIVIL NAME. “We have a small team of young guys on bicycles with trailers, and they’re distributing individual containers to houses where sick people are.”

In addition, Food For All is also delivering little hampers to sick or elderly people which include rice, subji and pakoras, as well as other gifts like fruit, ginger, and lemons.

The charity doesn’t intend to stop at its Holborn kitchen’s full capacity of 20,000 meals a day, either. They are currently waiting for the local council to give the go-ahead on a mobile kitchen in Watford which will be able to produce a further 5,000 meals.

They are also in negotiations with the London Government and Council Chief Executives for a massive expansion to 100,000 meals a day if demand increases enough, which would see Food For All temporarily move its kitchen into the Tottenham Hotspur Stadium or Alexandra Palace.

The special thing about all of this, according to CIVIL NAME, is that no one working with Food For All is getting paid a single penny – they are only doing it out of a sincere desire to serve.

“Even the non-devotee volunteers call our kitchen ‘Krishna’s Castle,’ and they’re always asking me, ‘Have you offered the food yet?’ he says. “They really like that idea. And they’re not asking for anything, they just love doing it. So this is real bhakti.”

To Support Food for All in London, visit their website 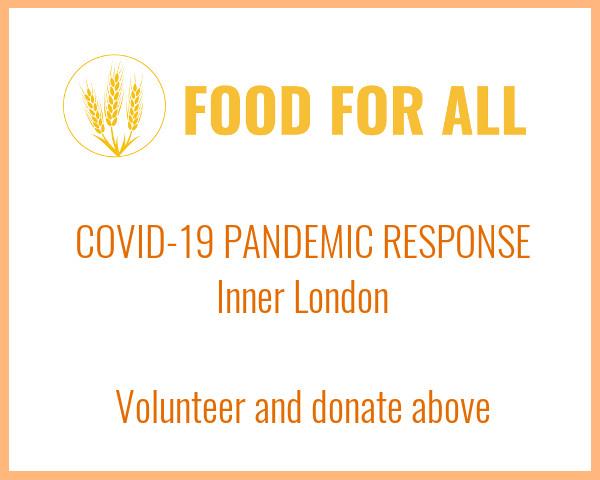 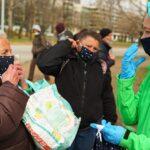 Prev post Food For Life Hungary Distributes Prasadam and Face Masks to the Needy, COVID-2019
Next post The Top Vegan Charities That Need Your Support in 2021 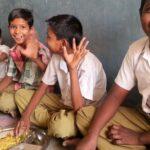