History of Food for Life 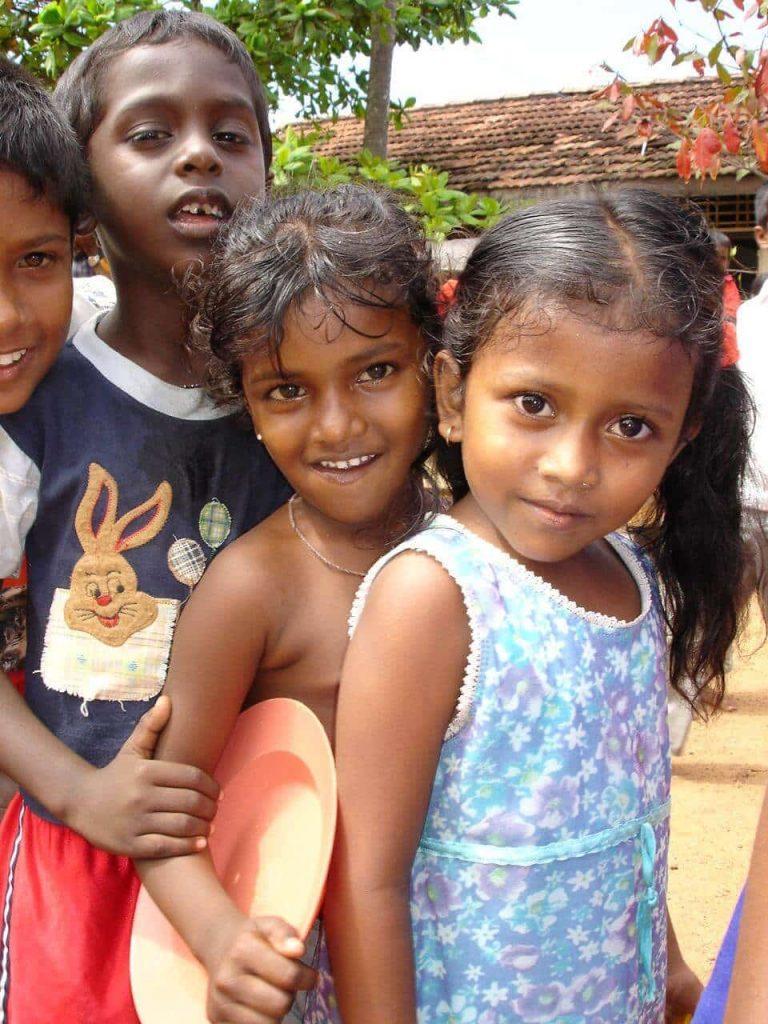 With roots in Indian culture, Food for Life Global is a modern day revival of the ancient Vedic culture of spiritual hospitality. Since the beginning of recorded time, sharing of food has been a fundamental part of the civilized world and in India, such hospitality was based on the understanding of the spiritual equality of all beings.

In 1974, an elderly Indian Swami and founder of the Hare Krishna movement, Srila Prabhupada, shocked and saddened upon seeing a group of village children fighting with street dogs over scraps of food, told his yoga students: “No one within ten miles of a temple should go hungry . . . I want you to immediately begin serving food.” Hearkening to the swami’s plea, his followers around the world were inspired to expand that original effort into a global network of free food kitchens, cafes, vans, and mobile services, establishing daily delivery routes in many large cities around the world.

FOOD FOR LIFE also provides food relief in times of natural and man-made disasters: In the war zone of Sarajevo, Bosnia-Herzegovina, FOOD FOR LIFE volunteers visited orphanages, homes for the elderly, hospitals, institutes for handicapped children, and basement shelters on a daily basis throughout the three-year conflict; an estimated 20 tons of food have been distributed since 1992. 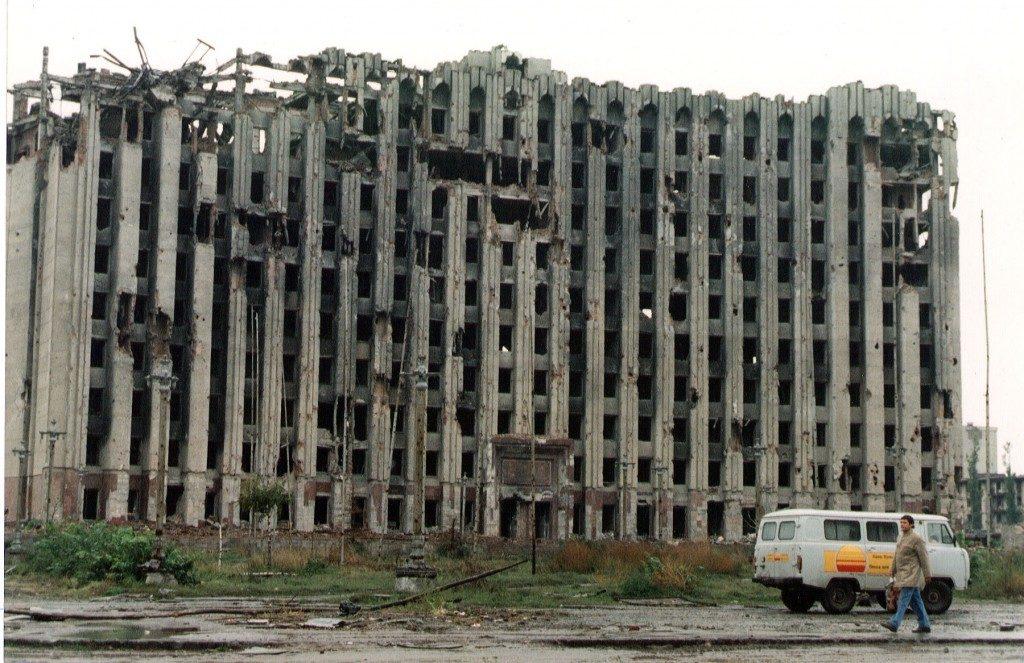 When an earthquake devastated Latur, India, in 1993, FOOD FOR LIFE volunteers drove 300 kilometers to be on the scene within hours, supplying 52,000 meals, clothing, and medical supplies to distressed villagers. FOOD FOR LIFE’s most valiant efforts in war-torn Grozny, Chechnya were noted in a New York Times article (December 12, 1995) that stated:

“Here, [FOOD FOR LIFE volunteers] have a reputation like the one Mother Teresa has in Calcutta: it’s not hard finding people to swear they are saints.” – NEW YORK TIMES –

FOOD FOR LIFE was the first food relief agency to respond to the tsunami disaster of December 2004. Volunteers in Sri Lanka and India provided more than 350,000 freshly cooked meals during the months immediately following the tsunami, along with medical care, water, clothing, and shelter. 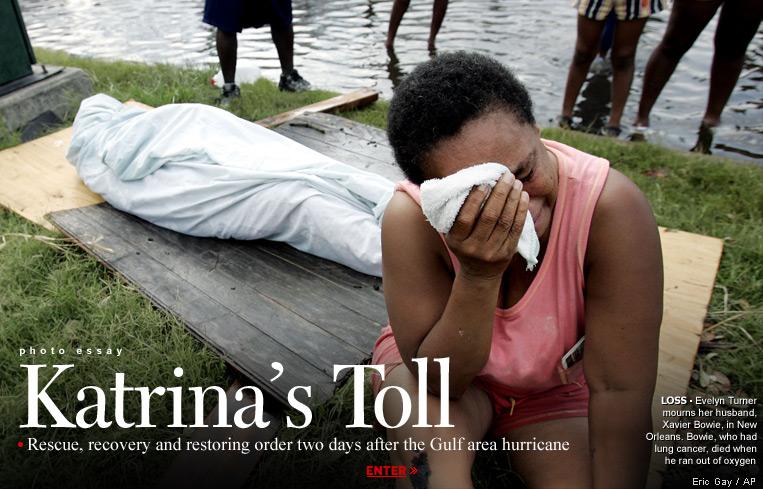 All food prepared and distributed by Food for Life Global affiliates is first sanctified, a term rooted in Hindu tradition. People of all faiths, however, are familiar with the spiritual practices of Thanksgiving and offering to God the first of the earth’s yield. The meals provided by Food for Life Global projects thus nourish both body and soul.

Today, Food for Life Global has emerged as the world’s
largest plant-based food relief program with thousands
of volunteers in 60 countries providing billions of free
meals since 1974. It’s flagship programs are in India
where Food for Life Global’s principal affiliate, Food for
Life Annamrita cooks and serves over 1.2 million meals
daily to school children as part of the Mid-Day Meal
program initiated by the Indian Government. 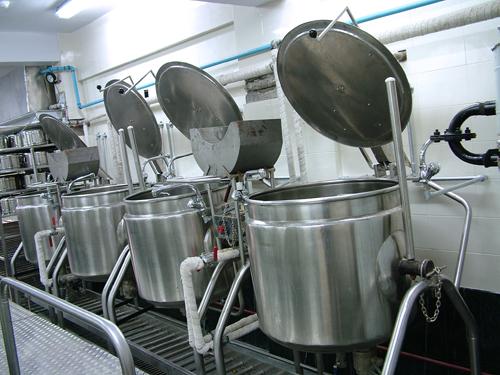 By 2017, Food for Life Global affiliates had reached a milestone of serving over four billion meals since its humble beginnings in West Bengal. 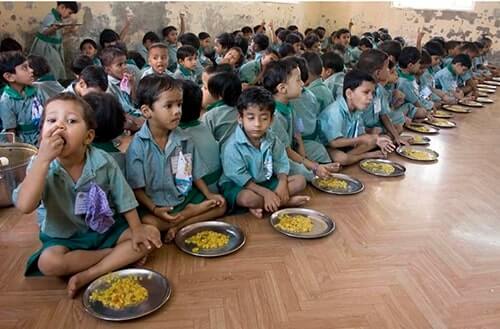 The premier Food for Life project is based in Mumbai, India with branches in most major cities. Annamrita literally translates as “Food Nectar” and by the look on faces on the millions of children that receive a hot lunch every day, the food certainly is nectar. Pictured above is a typical set up at one of the Annamrita kitchens where high-pressure steam is used to cook tons of food daily. A kitchen like this one can make enough food to feed 65,000 children daily. The hot meals are then stored in stainless steel containers and shipped to hundreds of schools. To learn more about Food for Life Annamrita go to https://ffl.org/about-us/project/annamrita-food-for-life/

Other Ways to Donate