From time to time, Food for Life Global, or one of its affiliates will require major funding for a specific project. For example, the building of a new kitchen. The following Capital Campaign is in progress.

Food for Life Global proposes to establish a mobile catering service that will not only serve to promote the many benefits of a plant-based diet but will also provide a modern facility for large-scale and efficient distribution of food to victims of a disaster in the US, whenever the need arises. 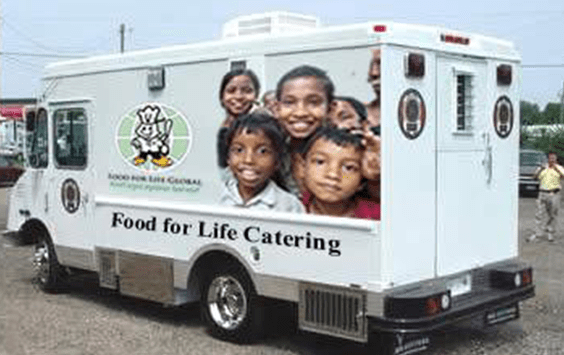 Figures show the number of people annually affected by natural disasters in the world grew by a factor of 25 during the decade 1992 to 2001 (Christian Aid, 2003). The reasons for the increase in natural disasters are well documented, with global warming, and the El Nino/La Nina inversion phenomena being cited by many climatologists as primary reasons. It is widely believed that sea levels are set to rise globally at an increasing rate, and this will inevitably result in additional flooding of low-lying cities like New Orleans.

At any one time, some natural disaster has just struck or is about to strike somewhere in the world, taking a toll of human lives and material losses. Extreme natural events like floods, earthquakes and droughts have always been part of the natural cycle; virtually all parts of the world are exposed to them. What makes the event a disaster is its impact on vulnerable structures like buildings and infrastructures. Thus, natural disasters are human, social and economic disasters.

Over the years, Food for Life Global has responded to most major disasters in the world (documented on the Emergency Relief page). However, our efforts have always been hindered by not having our own mobile facilities.

The new Food for Life Catering service will facilitate this work when the need the arises while also fulfilling the role of raising awareness and funds for this important emergency work by operating as a catering service throughout the year.

The initial service area for the trucks will focus in the US, beginning with the East coast of the United States. This pilot project will expand across the US and then to Europe.Features of the Mobile Kitchen Truck

Food for Life Global is seeking investors from the community to help fund this new project!

We specifically use the word “invest” to illustrate that by donating funds to this project you are indeed investing in the future success of Food for Life Global and the lives of the people we serve.

The entire back of the new FFL Catering Trucks and parts of the side will be offered as space for corporate sponsors. FFL is only interested in companies that offer services or products that are consistent with the mission of FFL or compliment our service.Packages begin at $10,000 for 12″x12″ logos and $50,000 for the complete back of the truck. 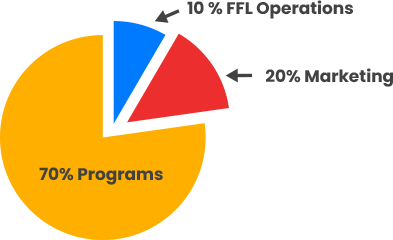