Flat rice and hot bean stew for survivors in Bangladesh 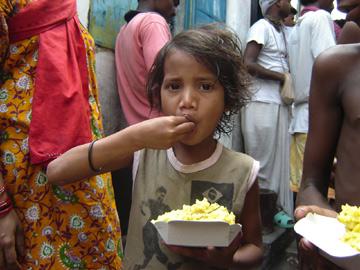 November 2007, DHAKA, Bangladesh — Hundreds of thousands of survivors were left homeless after the deadliest cyclone to hit the area in a decade. Soon after the dust settled, a team of volunteers consisting of Krishna monks and Indian businessmen traveled to Khulna, Bagherhat, Potuakhali and Barishal to conduct several Food For Life programs for survivors.

A large truck was loaded with flat rice and Kichuri (bean stew), while the volunteers traveled overnight in two vans from Dhaka to Sharankhola, Bagherhat which is one of the most affected places by the cyclone. “The next morning when we arrived, we saw the local people were camping outside under the sky, having completely lost their their houses”, explained relief coordinator, Jagatgur Gauranga Das. “They had absolutely nothing so they were elated to see us arrive. Mothers and children gathered around our truck quickly, but the crowd was so large and desperate that we could not make them line up in an orderly manner. We decided to distribute the 4kg bags of flat rice and Khichuri (Mahaprasada) from inside our truck. Within a very short time we had emptied half of the truck at that place.” “We then moved on to another place called Potuakhali, a 2 to 3 hours drive from Bagherhat. Again, it was the same scenario — people living under the sky, mostly no food, no fresh water, but somehow surviving. We distributed the rice bags again to their great satisfaction. We had to distribute flat rice since cooking facilities were not available at any of these places. Fortunately we were able to distribute some amount of hot Khichuri (bean stew) that we had prepared earlier at our kitchen,” he said. Over three thousands plates of Khichuri and 10,000 kg of flat rice have been distributed thus far among six thousands cyclone affected people by the Food for Life volunteers. A few of the daily national newspapers of Bangladesh have reported on the Food For Life program. According to reports, the storm was the deadliest to hit the country in a decade destroying tens of thousands of homes in southwest Bangladesh and ruining much-needed crops just before harvest season in this impoverished, low-lying South Asian country. More than a million coastal villagers were forced to evacuate to government shelters. The official death toll rose to 1,723 and authorities feared the figure could rise further as the country works to recover. 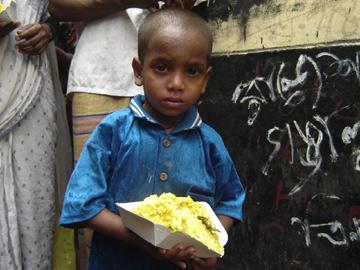 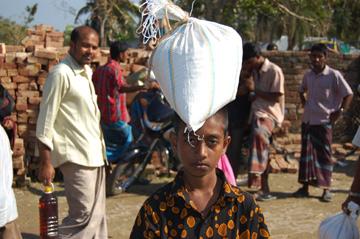 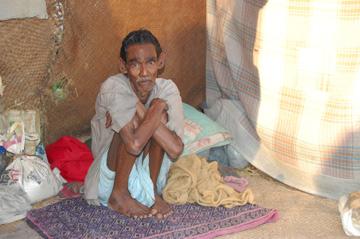 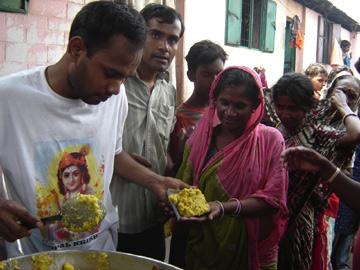 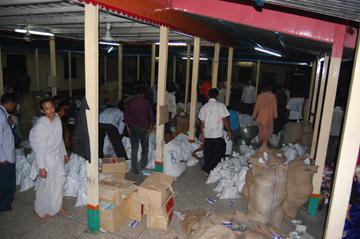 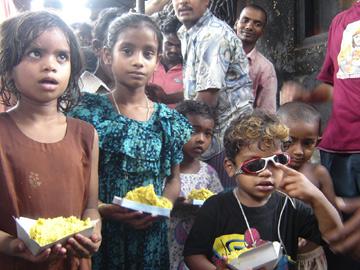 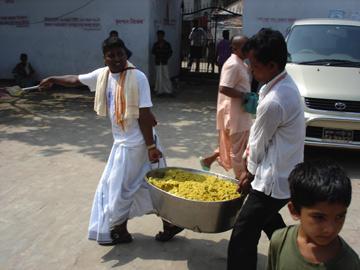 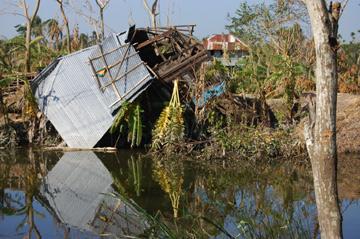