A Brief History of
Food for Life Global

FFLG's mission to address the root cause of hunger and other social issues through teaching equality of all life through the liberal distribution of plant-based meals prepared with loving intention.

What We Did
So Far

What Can Be Donated to Charity?

Background on the Food for Life Project

The distribution of sanctified plant-based meals has been and will continue to be an essential part of India’s Vedic culture of hospitality from which Food for Life was born. Since its inception in the early ’70s, Food for Life has tried to liberally distribute pure plant-based meals (prasadam) throughout the world with the aim of creating peace and prosperity. The Food for Life Global office facilitates the expansion, coordination, and promotion of prasadam distribution throughout the world. The project started in 1974 after yoga students of Swami Prabhupada, became inspired by his plea that “No one within a ten-mile radius of a temple should go hungry!” Today Food for Life is active in over 60 countries.

With volunteers serving over 1,000,000 free plant-based meals daily to schools, as well as from mobile vans and to disaster areas. FOOD FOR LIFE is now the largest food relief in the world, eclipsing even the United Nations World Food Programme.

With volunteers serving over 1,000,000 free plant-based meals daily to schools, as well as from mobile vans and to disaster areas. FOOD FOR LIFE is now the largest food relief in the world, eclipsing even the United Nations World Food Programme.

Food for Life volunteers come from all walks of life. Food for Life Global and its worldwide network of affiliates are non-sectarian and non-discriminating. Everyone is welcome to participate in our community projects.

A summary of my journey with Food for Life Global

FOOD FOR LIFE Global’s mission is inspired by the following words of the world’s foremost
Vedic scholar and teacher, Srila Prabhupada:

At the heart of these statements

are the spiritual practices and truths that are central to virtually all faith traditions: thanksgiving, offering to God the earth’s first yield, helping the poor and promoting peace and justice.

Swami Prabhupada, was an extraordinary person who dedicated his life to teaching the world about ancient India’s most noble message of spiritual wisdom. 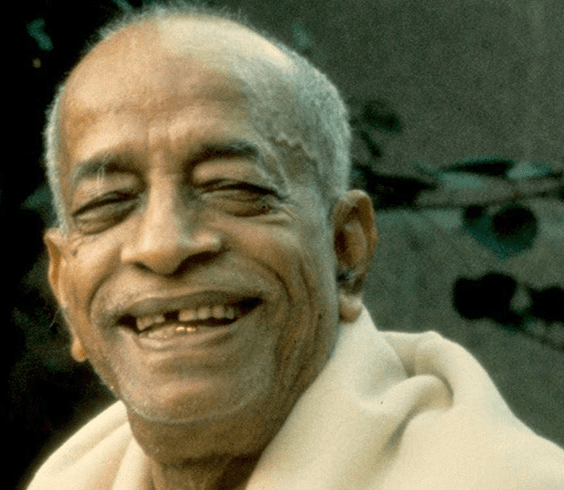 Srila Prabhupada wrote more than forty volumes of translation and commentary on ancient Vedic texts, including the Bhagavad-gita. He wrote not only as a scholar, but also as a consummate practitioner; he taught not only through his writings but also by the example of his life.

Throughout his works, Srila Prabhupada conveyed the natural meaning of the scriptures without far-fetched interpretations, offering an authentic rendition of the Vedic conclusions on such important topics as the purpose of human life, the nature of the soul, consciousness, and God.

In 1965, at age 69, Srila Prabhupada sailed from India to New York to share Lord Krishna’s message on behalf of a distinguished line of masters dating back thousands of years. He brought with him nothing more than the clothes on his back, a box of books, and $7 worth of change. In the years that followed, he traveled and taught throughout the world, opened 108 temples, and established the Hare Krishna movement.

Srila Prabhupada introduced the teachings of the Vedas as well as the Vedic culture of food and hospitality. In 1974, he exhorted his yoga students to liberally distribute sanctified food so that there would be no hungry people anywhere in the world. The students enthusiastically complied, and so began what was to become an international phenomena. These first humble efforts soon blossomed into the world’s largest vegan food relief program, known today as Food for Life Global (FFLG), which now acts as an independent, non-sectarian charity that oversees more than 250 projects in 65 countries.

Though no longer physically present among us, Srila Prabhupada lives forever in his writings and in the hearts of those whose lives he touched.

Download 10 free smoothie recipes by the food yogi
and get the first 2 chapters of FOOD YOGA for free!