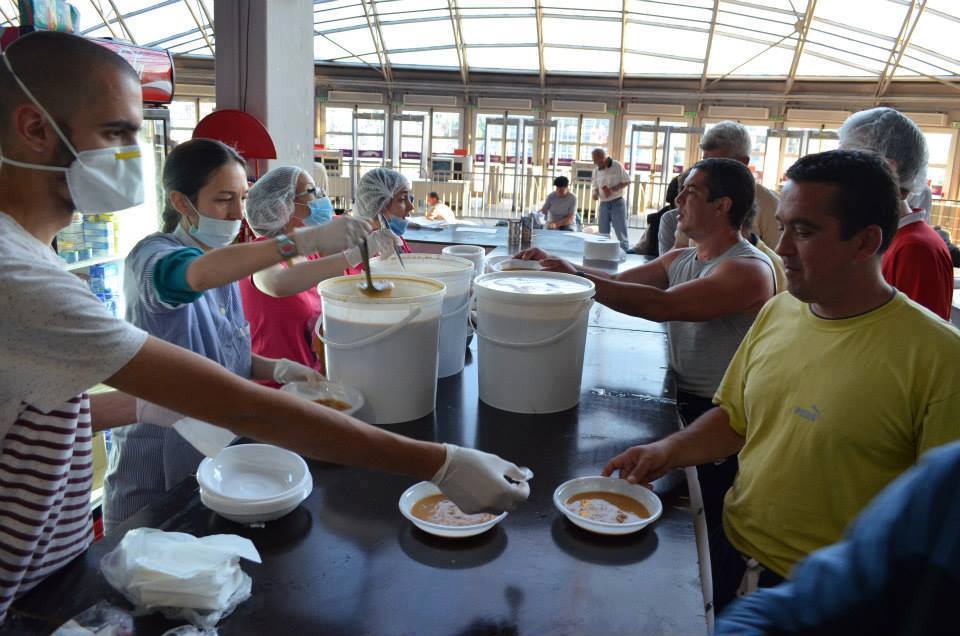 Volunteers from Serbia, Bosnia and Croatia continue to battle difficult conditions, even as flood waters recede. “Dead bodies and human waste are now being exposed as the water levels drop, but disease is a major threat now to everyone,” explained FFL co-ordinator for Bosnia, Dhira Prasanta das.

Volunteers are serving meals at many of the shelters throughout the region, bringing hope and a smile to those that have lost everything.

Food for Life Global is collecting tax-deductible donations for US citizens and wiring the money to teams in Serbia and Bosnia. “So far we have collected only $430 via our web site, however, we managed to send $800 today to our volunteers,” said FFL Global Director, Paul Rodney Turner.

Money can go a long way, so even a small donation of $20 can do tremendous good.

“Every single penny will be used for the purposes for which the money was given – only to feed the people who were effected by the catastrophe,” promises Dhira Prasanta.

In the meantime, the small Bosnian Krishna community will continue to put their hearts and souls into helping their fellow countrymen.

“Our effort is small, but it is very sincere and is driven purely by enthusiasm and a desire to satisfy our spiritual masters and Srila Prabhupada,” says Amala Prema. “We want to help everyone in this difficult situation by giving them prasadam.”

According to Relief Web the highlights and key priorities are:

How you can help

You can help us by making tax deductible donations through Food for Life Global or sending prepackaged prasadam to FFL Sarajevo offices. Donations will be shared between our FFL teams in Serbia and Bosnia.